The 29-year-old won the October 21 Assembly polls with a thumping majority from Mumbai’s Worli constituency. 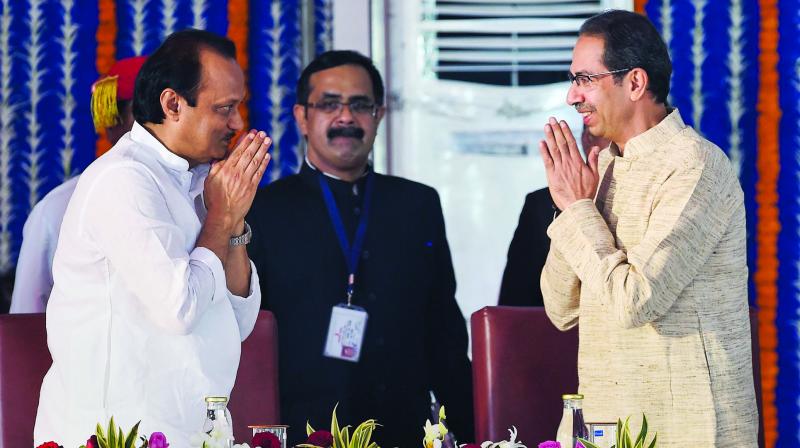 Mumbai: One of the prominent names in the Uddhav Thackeray-led Maharashtra Vikas Aghadi (MVA) government was his son Aaditya’s, who was inducted into the state ministry as a Cabinet minister in his very first term as an MLA. The move proves the fact that the Thackeray scion is expected to play an important and active role in the government.

Political circles are divided over the Shiv Sena’s decision to induct Aaditya into the state Cabinet. While some said the move was made too early, some were of the opinion that it would give him enough time for him to understand people’s problems and the nitty-gritty of government proceedings.

“Aaditya has a sharp mind and his grasping power is great. He has a clear vision about his development plans and he wants to implement them properly. So, it was a correct decision to give him a chance in the state Cabinet,” said a Sena leader.

The 29-year-old won the October 21 Assembly polls with a thumping majority from Mumbai’s Worli constituency. A pass out of the Bombay Scottish School in suburban Mahim, Aaditya is a graduate in English Literature from St Xavier’s College in south Mumbai and has a law degree from KC College.

The Maharashtra government’s decision to ban single-use plastic is partly credited to his campaign against the widespread use of the material. He also proposed the revival of Mumbai’s nightlife by allowing malls and restaurants to be open all night.

His first book of poems, ‘My Thoughts in Black and White’ was released in 2007 by Bollywood superstar Amitabh Bachchan.

The Yuva Sena leader is now likely to make his party, which was rooted in the ‘sons of the soil’ agenda and later embraced the Hindutva ideology, more inclusive and broad-based.

In the run-up to the Assembly election, Aaditya also conducted several roadshows, foot marches and raised issues such as the felling of trees in Aarey Colony and said he wants to make the constituency a ‘model of development.’

He also reached out to non-Marathi voters in the constituency to romp home to a big win.