'No one forced to go there': Goa minister as 3 die at Sunburn festival

Three tourists died in the last three days after collapsing at the festival venue at Vagator beach in North Goa district. 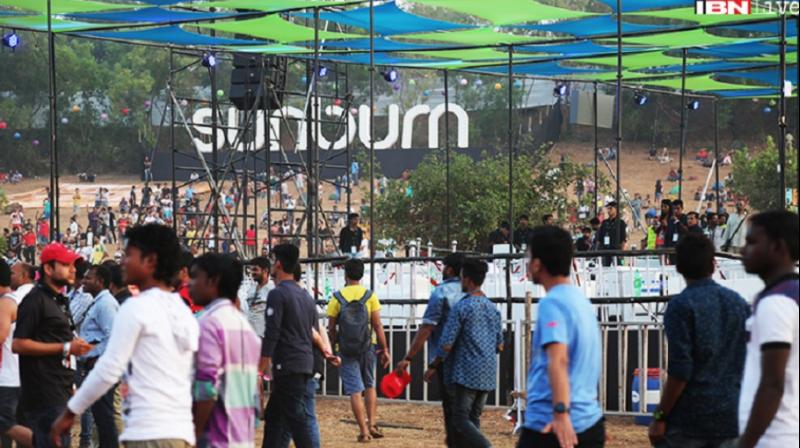 The Congress alleged that drugs were "openly sold" at the venue and demanded that permission for the EDM festival be revoked and an inquiry be conducted. (Photo: File)

Panaji: Even as opposition parties hit out at the Goa government over the death of three tourists after collapsing at the Sunburn Electronic Dance Music (EDM) Festival, state Culture Minister Govind Gawade on Monday said that "no one forced people to attend the event."

The Congress alleged that drugs were "openly sold" at the venue and demanded that permission for the EDM festival be revoked and an inquiry be conducted.

The Goa Forward Party (GFP) sought a CBI probe in the deaths.

Three tourists died in the last three days after collapsing at the festival venue at Vagator beach in North Goa district.

Asked about criticism of the government for allowing the event in the state, Gawade said, "The government is not forcing the youth to go and attend the Sunburn festival. They go on their own. No one is forced to go there."

The three-day Sunburn festival concluded on Sunday. On Friday, two tourists from Andhra Pradesh collapsed after feeling uneasy while standing outside the festival venue. They were taken to a hospital where doctors declared them dead, police said.

The postmortem was conducted and the opinion on the cause of death was reserved as the viscera was sent for further forensic examination, they said.

On Sunday night, another tourist from Bengaluru complained of uneasiness at the venue and later died, minutes after being rushed to a hospital, they said.

Gawade said the government was not responsible for such a massive crowd at the festival.

"We are not distributing any passes to anyone. It is the music enthusiasts who like to go there, they do it out of their own wish," the minister said.

He said the state government has always been promoting local culture and music through different events.

"When we speak of local culture, we also include western culture, which is taught in government-run institutions like the Kala Academy," Gawade said.

Goa Pradesh Youth Congress Committee president Varad Mardolkar alleged that drugs were "openly sold" at the event. "Police are not taking action against the culprits," he said.

The Congress on Sunday sought the intervention of Superintendent of Police (North) Utkarsh Prasoon in the matter and demanded that permission for the festival be cancelled.

"If the police had paid heed to our request, the third death could have been avoided," Mardolkar said.

"The Central Bureau of Investigation (CBI) should take over the probe into the cause of deaths at the EDM festival and the sudden increase of drugs everywhere in the state," he said.