The officials alleged that the gunmen opened indiscriminate fire, resulting into death of four police guards and two bank employees. 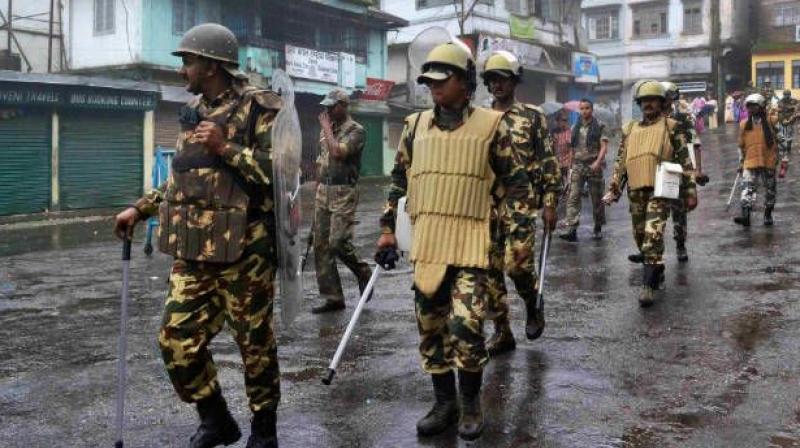 Srinagar: Five Jammu and Kashmir policemen and two bank employees were killed when gunmen attacked a cash van in southern Kulgam district on Monday afternoon. The authorities have blamed the gory incident on separatist militants.

The officials in Srinagar said that the cash van of Jammu and Kashmir Bank was intercepted by the gunmen outside Kulgam's Pombai village.

The van was heading towards Anantnag town after unloading cash at the bank's Nehama branch, when gunmen opened indiscriminate fire, resulting into the death of five policemen including a sub-inspector and two bank security guards. Another policeman was injured in the firing but succumbed to his injuries later.

“They had sustained multiple bullet wounds and had died due to blood loss”, said a hospital official.

The assailants, who had suddenly appeared from a roadside apple orchard, took the service weapons of the policeman including four INSAS rifle and one AK 47 Rifle with them after committing the crime, police officials said. The security reinforcements have launched a massive manhunt for them.

Deputy Inspector General of Police (South Kashmir range) SP Pani said that it was a group of about half a dozen militants, being led by Hizb-ul-Mujahedin commander Omar, which attacked the police.

The gunmen stopped the cash van and asked those on board to get down. “They found the van empty and apparently in fit of anger shot the policemen and the bank guards in cold blood,” an official said.

Though the suspected militants have looted cash from different branches of mainly Jammu and Kashmir Bank in the Valley on several occasions in the past, it is for the first time that the bank employees or the policemen escorting them in a cash van have been targeted.