On June 30 also, Hyderabad Police had busted a cricket-betting racket and arrested four accused with Rs 2,35,000, and their cell phones. 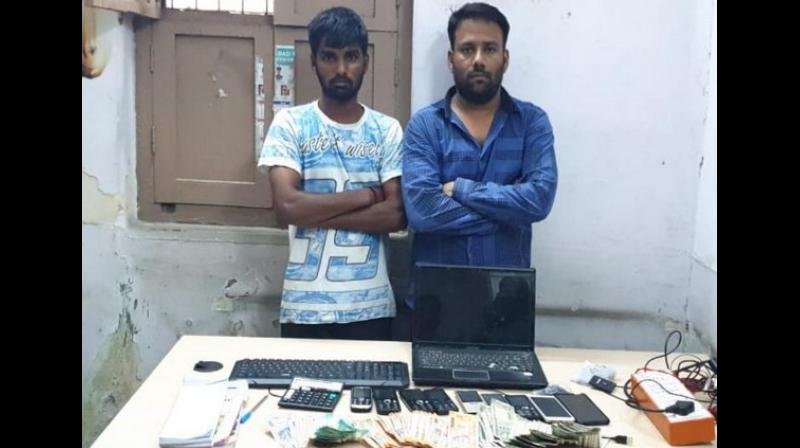 Hyderabad Police on Sunday busted a cricket-betting racket and apprehended two people in connection with it. (Photo: ANI)

Hyderabad: Hyderabad Police on Sunday busted a cricket-betting racket and apprehended two people in connection with it.

The accused have been identified as Prem Singh and Akash Singh.

The police have seized one laptop, one calculator, eight cell phones, three books, which the duo used to write cricket betting amounts on, and net cash worth Rs 35,000 from their possession.

"The accused Prem Singh was organising cricket betting form the past one year with the help of Akash Singh. They used to collect and distribute the amounts of betting from nearly 15 to 20 punters in twin cities. They also used to take the calls from the punters on phones and write betting amounts in books," the police said.

The apprehended persons, along with seized property have been handed over to the Station House Officer of Mangalhat Police Station in Hyderabad for further action.

On June 30 also, Hyderabad Police had busted a cricket-betting racket and arrested four accused with net cash of Rs 2,35,000, and four cell phones.