One accused has been arrested; medical examination of girl has been conducted and investigation is underway, police said. 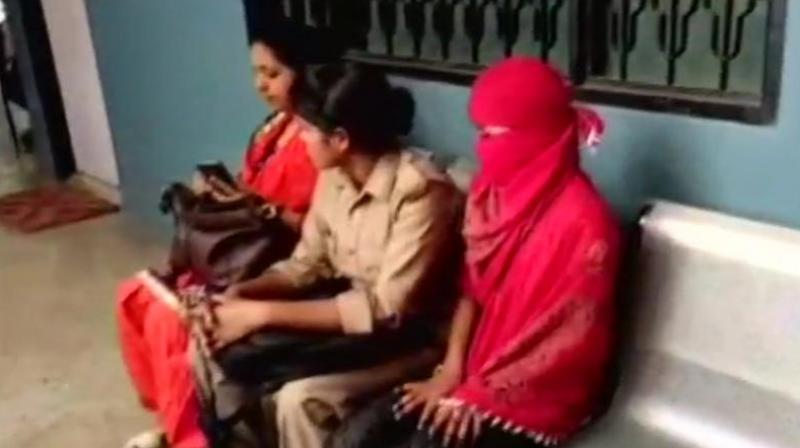 A Dalit woman has registered a complaint that her minor daughter was allegedly gangraped two years ago and perpetrators also videographed the incident. (Photo: ANI/Twitter)

Unnao: Following nationwide protests over Unnao gangrape case where a 17-year-old girl was allegedly raped by a BJP MLA, another incident has been reported from the district.

A Dalit woman has registered a complaint that her minor daughter was allegedly gangraped two years ago and perpetrators also videographed the incident. She further alleged that the rapists have since been blackmailing and sexually assaulting the girl.

The medical examination of the girl has been conducted and an investigation in the case is underway, the police said.

Recently, there has been a surge in cases of sexual crimes against minor girls.

In January, an eight-year-old girl, who belonged to a nomadic Muslim tribe in Jammu and Kashmir's Kathua, was allegedly abducted, drugged, gangraped, tortured and killed.

In Indore, an infant below the age of one was allegedly raped and killed.

Taking cognizance of such crimes, President Ram Nath Kovind, on April 22, promulgated the Criminal Law (Amendment) Ordinance, 2018, for effective deterrence against the commission of rape.

The ordinance seeks the death penalty for the rapists of girls below 12 years of age and stringent punishment for perpetrators of rape particularly of girls below 16 years, thereby strengthening the Protection of Children from Sexual Offences (POCSO) Act.