Dalit forced to drink urine in UP, 4 arrested

Victim Sitaram Valmiki was harvesting his crop when farmers belonging to the upper caste asked him to harvest their crop first. 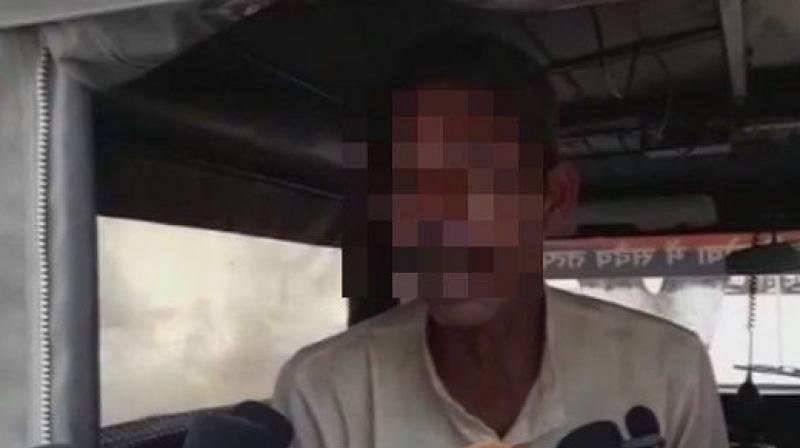 Lucknow: Four persons have been arrested in Badaun district for allegedly beating up a dalit labourer and forcing him to drink urine because he refused to work in their fields.

The station officer of the Hazratpur police station has been suspended after the state SC/ST commission took cognisance of the matter and directed the UP police to take action against police officers if any evidence of carelessness was found in their conduct.

Mr Brijlal, chairperson of the commission, wrote to ADG, Bareilly zone, Prem Prakash, and said that “It is a highly sensitive matter. I am directing you to send IG, Bareilly range, to the spot for inspection, take action against the accused and enhance security of the victim’s family.”

According to reports, the victim Sitaram Valmiki was harvesting his crop when farmers belonging to the upper caste asked him to harvest their crop first.

After Mr Sitaram refused, they tied and dragged him all the way to the village and thrashed him with sandals.

The farmers pulled out his moustache and forced him to drink urine.

Mr Sitaram’s wife went to the police after neighbours alerted her about the incident but the police did not take action. “This is related to the Valmiki Samaj. Two or three days ago we got a call from a man saying he was being beaten. We investigated but did not find anyone”, he said.

After the directive from the SC/ST commission, the police have arrested four farmers — Vijay Singh, Vikram Singh, Sompal Singh and Pinku — for torturing the dalit man.

Tags: up law and order, up crime, up dalit man