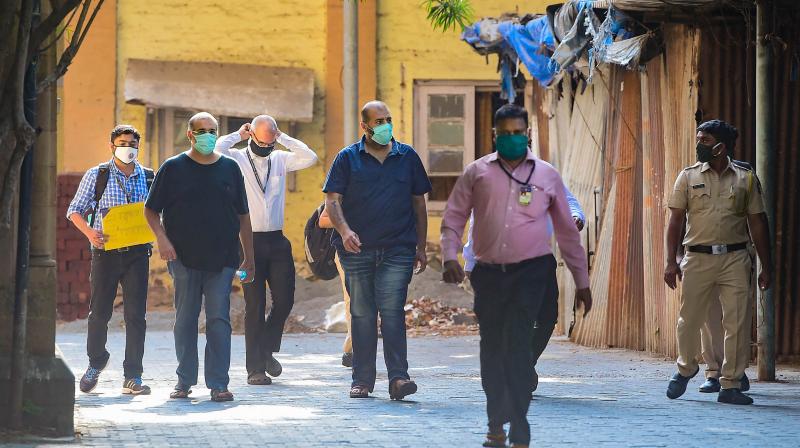 Kapil Wadhawan (left) and Dheeraj Wadhawan being produced at a special court by CBI in Yes Bank scam case. (PTI)

The CBI sought their further custody on the ground that the probe agency wants to investigate the deeper conspiracy between former Yes Bank CEO Rana Kapoor and the Wadhawans.

Kapil and Dheeraj Wadhawans are named as accused in the CBI FIR pertaining to swindling of money by Kapoor and others.

The CBI has alleged that Kapoor entered into a criminal conspiracy with Wadhawans for extending financial assistance to DHFL through Yes Bank in return for substantial undue benefits to himself and his family members through composite held by them.

While seeking further custody of Wadhawans the agency also argued that there are more than 150 shell companies that are controlled by the Wadhawans and the officers want to examine them.

The CBI also claimed that there are several companies floated by Rana Kapoor and family and the agency needs to check whether Wadhawans had transactions with these companies.

On the other hand, their defence lawyer contended that the case is based on documents and their custodial interrogation is not required.

The CBI arrested Wadhawans on April 26 from Mahabaleshwar after their quarantine period concluded. They were under quarantine in Panchgani for violating lockdown.

The Wadhawans attracted attention after their audacious travel from Lonavala to their farmhouse in Mahabaleshwar amidst lockdown. It was later found that the same was possible owing to a letter issued by principal secretary (home) Amitabh Gupta.

Though the Central Bureau of Investigation (CBI) on April 17, had obtained a non-bailable warrant to arrest Wadhawans but it couldn't be executed. In the meantime on April 9, the Wadhawans were detained by police.