Militant Ishfaq Ahmad Padder was shot dead by a joint team of police and Army after he opened fire at them. 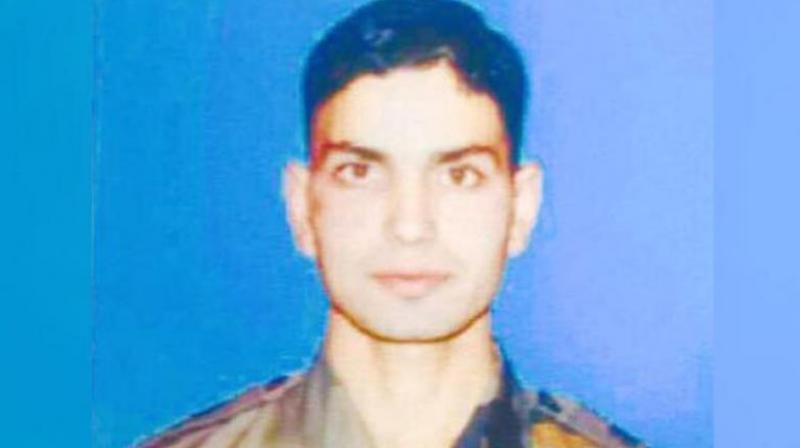 Lieutenant Umer Fayaz was abducted and killed by LeT militants in May, when he was attending a wedding of a relative. (Photo: Twitter | ANI)

Srinagar: A Lashkar-e-Taiba (LeT) militant, involved in the killing of Lt Umer Fayaz in May, was gunned down in an encounter with security forces in Kulgam
district of south Kashmir on Saturday, a police official said.

A joint team of the police and Army laid a trap for Ishfaq Ahmad Padder in Tantray Pora village. The militant was shot dead after he opened fire while trying to escape, the spokesman said.

The spokesman said Padder was involved in the brutal killing of 22-year-old Lt Fayaz in Shopian. The newly-commissioned officer was abducted and killed by LeT militants in May, when he was attending a wedding of a relative.

Padder was also involved in robberies at the J-K Bank and Ellaquai Dehati Bank, besides a firing incident at the Yaripora police station, he said.

One AK-47 rifle, two magazines, 42 rounds and a pouch was seized from the slain militant.