Delhi man, model arrested for murder of wife who objected to affair

The teacher, Sunita discovered about her husband Manjeet’s extra-marital relationship with Angel. 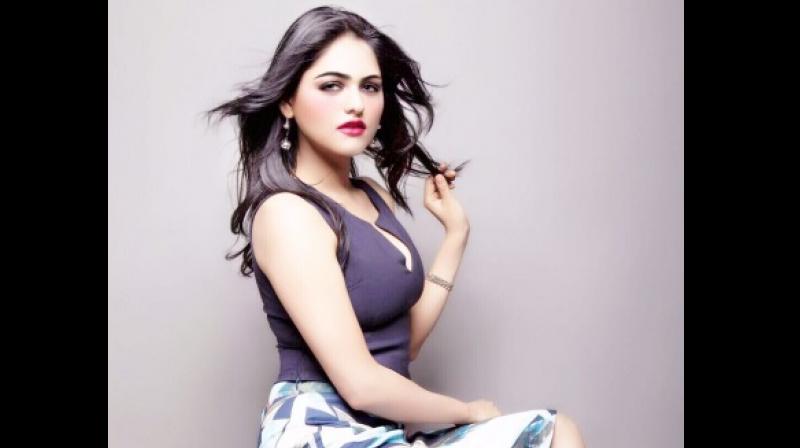 Manjeet, husband of the deceased, his girlfriend Angel Gupta alias Shashi Prabha and Rajeev, were arrested in connection with the murder of Sunita, the teacher, in northwest Delhi’s Bawana area. (Photo: angelgupta.com)

New Delhi: The murder case of a 38-year-old Delhi school teacher, who was shot dead on her way to school on Monday, took a sensational turn after police arrested her husband and his model girlfriend.

Manjeet (38), husband of the deceased, his girlfriend Angel Gupta alias Shashi Prabha (26) and Rajeev (40), were arrested in connection with the murder of Sunita, the teacher, in northwest Delhi’s Bawana area, police said on Thursday.

When Sunita opposed their relationship, Manjeet and his girlfriend Angel conspired to eliminate her. The two hired killers to eliminate Sunita. Angel's father Rajeev helped them in the conspiracy, the police said after the arrest.

The online portfolio of Angel Gupta says she was born to an Indian father and British mother and that she a correct example of beauty and style. It metioned that "her father loves her madly".

Sunita was shot dead on Monday morning by unknown assailants while she was on the way to her school. She was shot thrice and was declared brought dead at the hospital, police said.

A manhunt is underway to nab the people who were hired for the murder, Deputy Commissioner of Police (Rohini) Rajneesh Gupta said.