A huge crowd gathered at the spot and protested angrily, as police and forensic teams investigated the child's killing. 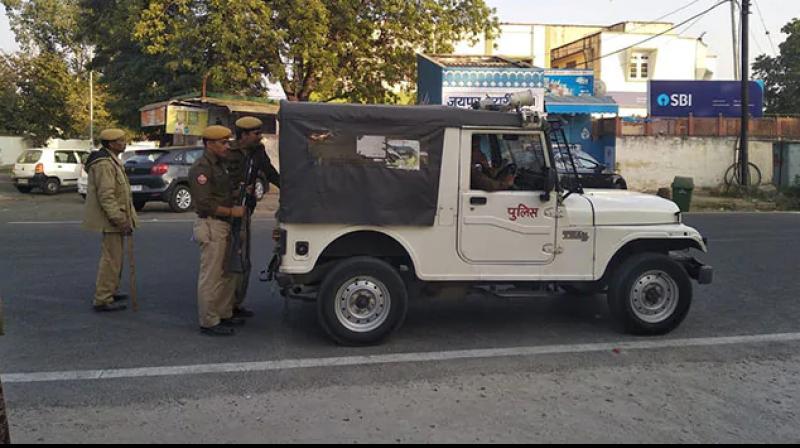 Her body was lying near bushes in a remote area near her village Khetadi. Liquor bottles, snacks and bloodstains were also found at the spot, police officials said.

According to police, the incident took place on Saturday a sports competition at the girl's school.

"The body of a 6-year-old girl was brought to Saadad Hospital under Aligarh police station here today ... Prima facia, it looks like a case of sexual assault. The girl was strangulated to death with the belt she was wearing," said Station House Officer (SHO) Vijay Shankar Sharma.

During initial investigation, police have received the information that a sports event was organised in the school of the victim after which she went missing.

Her family started searching for her when she did not reach home by 3 pm. They searched farms and relatives' homes for hours. On Sunday morning her blood-stained body was found half a km from her school.

A huge crowd gathered at the spot and protested angrily, as police and forensic teams investigated the child's killing.

The body of the girl was taken elsewhere for a post-mortem as the village did not have the facility.

Superintendent of Police Adarsh Sidhu said initial investigations pointed at rape and murder. "We are investigating the case to trace the accused. We have formed special teams," he added.