The NHRC has also asked for a detailed report within four weeks. 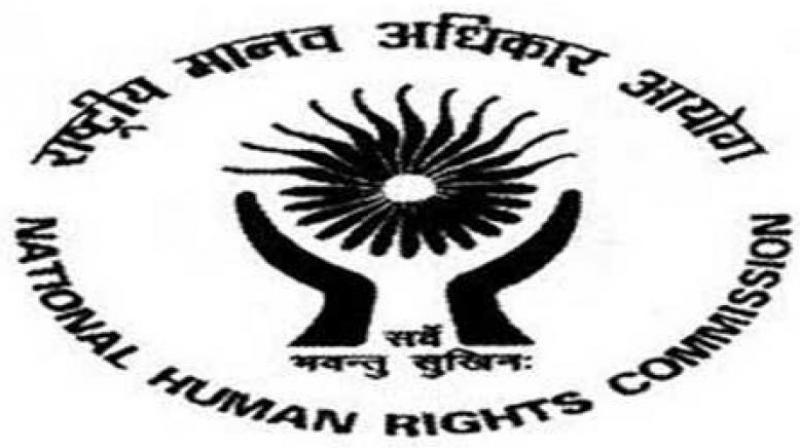 The girls have also alleged that they were beaten up when they tried resisting. (Photo: National Human Rights Commission logo)

New Delhi: The National Human Rights Commission (NHRC) issued a notice to the Delhi Police and the state government after several teenage girl inmates of a shelter home accused some staff members of molesting and injecting them with drugs.

The girls have also alleged that they were beaten up when they tried resisting and were also not provided sanitary napkins.

Taking suo motu cognisance of a media report, the NHRC has issued the notices to the Delhi chief secretary and the commissioner of the Delhi Police, and sought a detailed report within four weeks, the Commission today said.

According to the media report, the victims had been given some substance similar to Oxytocin which stimulates physical growth in prepubescent girls. Most of the girls are either rape survivors or rescued from the city's streets from the clutches of human traffickers and brothels.

One of the girls has alleged that she was not given food for days as a punishment because she had accused one of the staff members of torturing her.

The Commission has issued notices to the Chief Secretary, government of National Capital Territory (NCT) and the Commissioner of Police, calling for a detailed report in the matter, within four weeks.

The Commission has observed that the contents of the news report, if true, are 'disgusting and indicative of gross negligence on part of the Department of ocial Welfare of the Government of NCT of Delhi.'

The shelter houses are aimed to provide safe and secure environment to its inmates along with skill training etc so that they could earn a living after leaving it.

"Such a barbaric treatment to young and teenage girls in a shelter home is the worst example of violation of human rights. The Right to Life and Dignity of the victims has been grossly violated," the notice said.

According to the media report, carried on the 1st May, 2017, the Delhi Legal Services Authority received several complaints from the victim girls and they alerted the Delhi Commission for Women.

An FIR has been reportedly registered on 17th April, 2017, charging the officials for criminal intimidation, causing harm by poisoning, criminal conspiracy under relevant sections of laws including the Juvenile Justice Care and Protection Act. Reportedly, no officer from the Social Welfare Department of the State Government wished to come on record.