A special team constituted by the administration was reviewing video and photos circulated in the social media. 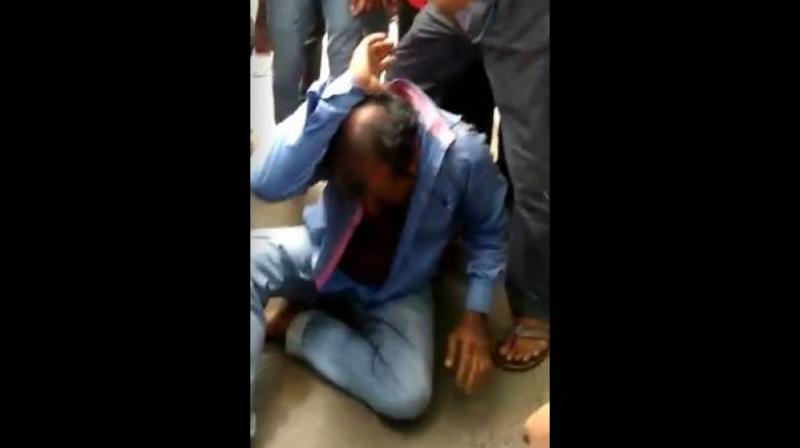 Though the situation in Ramgarh limped back to normal, security forces are still present at all 33 sensitive joints of the district. (Photo: Screengrab)

Ramgarh: Two more prime accused in the June 29 lynching incident in Ramgarh on Monday surrendered in the Ramgarh court while three others seen in videos and photos were taken into custody for interrogation, senior officials said in Ramgarh.

In a joint press conference with Ramgarh Deputy Commissioner Rajeshwari B, SP Kishore Kaushal said that two of the prime accused, named in the FIR, surrendered in Ramgarh court today.

Earlier, one of the prime accused Chhotu Rana had surrendered in court.

Deepak Mishra and Chhotu Verma today surrendered after the district administration planned to attach their property, the SP said adding that seven accused were arrested so far while three have surrendered in the court.

40-year-old Md Allimuddin, a meat trader and a resident of Manua village in Hazaribagh district, was beaten to death by a mob on June 29 on suspicion that he was carrying beef in his vehicle.

A special team constituted by the administration was reviewing video and photos circulated in the social media, the SP said.

He said that the situation having returned to normal, the number of security forces deployed in the sensitive places had been reduced. However, forces in some identified places still remained deployed.

Deputy Commissioner of Ramgarh Rajeshwari B said that the widow of the deceased would get widow pension.