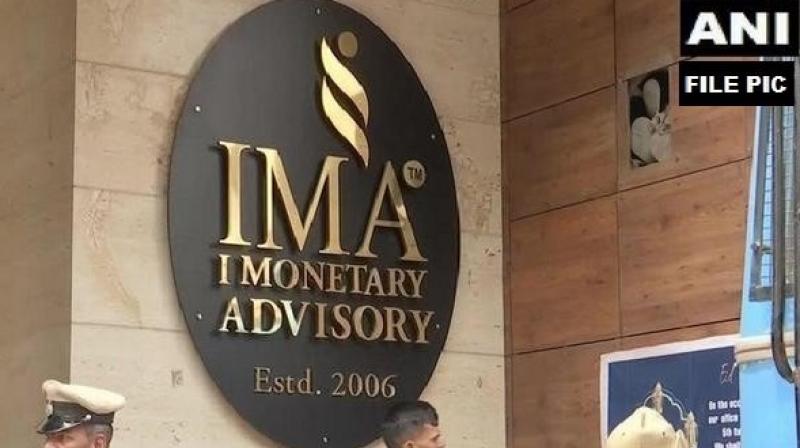 An 11-member SIT headed by Gowda was formed by the former Karnataka government led by H D Kumaraswamy to probe the alleged fraud by the firm. (Photo: ANI)

Bengaluru: IPS officer Ajay Hilori was on Saturday interrogated by the Special Investigation Team (SIT) in connection with the multi-crore IMA Ponzi scam.

Hilori was the Deputy Commissioner of Police (East) between June 2017 and October 2018. The main showroom of IMA Jewels, an IMA Group entity, located near Bowring Hospital in Shivajinagar, fell under his jurisdiction.

During his tenure as the DCP-East, the State-level Coordination Committee on economic offences had flagged the IMA. Hilori led the investigation team, which was conducted in 2018.

Earlier on Thursday, the prime accused in the IMA Ponzi scam, Mohammed Mansoor Khan, was sent to judicial custody till August 14 by a special Prevention of Money Laundering Act (PMLA) court.

Congress MLA BZ Zameer Ahmed Khan had also appeared before the SIT in connection with the IMA Ponzi scheme case, while disqualified MLA Roshan Baig did not appear before the probe agency citing ill health.

"Zameer Ahmed Khan appeared before SIT officers for questioning, today. Roshan Baig did not appear citing health reasons, he has sought time to appear before the SIT," DIG B R Ravikanthe Gowda, head of SIT in IMA Ponzi scheme case, had said.

The I Monetary Advisory (IMA) is embroiled in a case where the firm had allegedly cheated a large number of investors, mainly Muslims, after promising them impressive returns on their deposits.

An 11-member SIT headed by Gowda was formed by the former Karnataka government led by H D Kumaraswamy to probe the alleged fraud by the firm.

Mohammad Mansoor Khan, promoter of IMA Jewels and prime accused in Ponzi scheme case, is under investigation for duping 40,000 investors in the state. He had claimed that he paid Rs 400 crore to Baig which he was not returning.

Khan had disappeared in June after sending an audio clip to some investors threatening to commit suicide due to what he alleged was 'harassment' by some politicians and goons. However, he was arrested upon his arrival in India from Dubai on July 19.