5 arrested for killing 91-year-old Delhi man, who was kiddnapped, locked in fridge

During the course of the investigation, several teams were constituted to search and apprehend the accused and recover the abducted person. 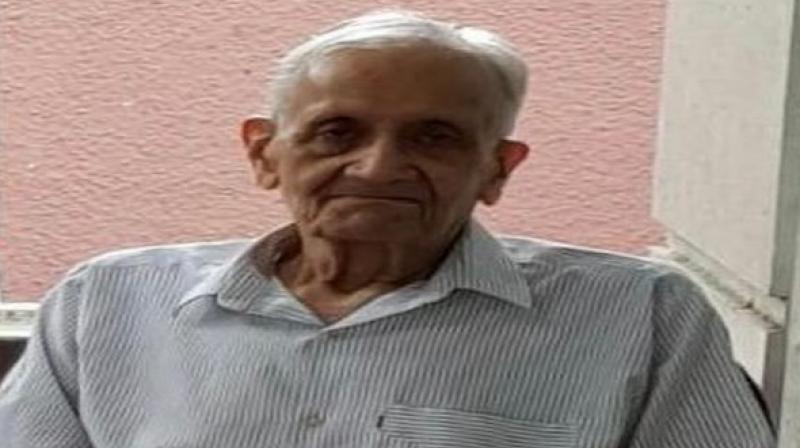 A police team has arrived at the open courtyard of a house in Sangam Vihar area to recover the body of the 91-year-old man who was allegedly killed after getting kidnapped from CR Park area by his domestic help. (Photo: ANI)

New Delhi: Five men have been arrested for killing a 91-year-old former government employee, who was kidnapped from his south Delhi home on Saturday after he was locked in a refrigerator in an unconscious state, police said.

The police had received a complaint from one Sanjeev Khosla, regarding a theft at his parent's house, following which a police team from the CR Park police station reached the spot.

Upon reaching the house, the police got to know from Sanjeev's mother, Saroj Khosla, that her husband, Krishna Khosla, and her servant Kishan were missing from the house.

Saroj alleged that she had fallen unconscious after having the tea served by Kishan on the evening of August 31.

She further said that she had woken up the next morning to find her husband and servant missing following which she had asked her son to contact the police.

Police registered an FIR in the matter and formed several teams to search for the missing duo. The police picked up five suspects including the servant, Kishan.

During the course of interrogation, Kishan revealed that he had abducted and killed the senior citizen by strangling him and then dumped his body in a pit in the open courtyard of a house in Sangam Vihar area.

During the course of the investigation, several teams were constituted to search and apprehend the accused and recover the abducted person. Five suspects including the servant Kishan have been arrested.

The names of the four other accused are Deepak Yadav, Pradeep Sharma, Sarvesh and Prabhudayal.

Police have recovered the fridge and the vehicle used for transporting the body of Krishna Khosla.