Navlakha urges HC to shift him to house arrest

The 70- year-old has sought to be transferred out of Taloja Central Prison, citing the lump in his chest 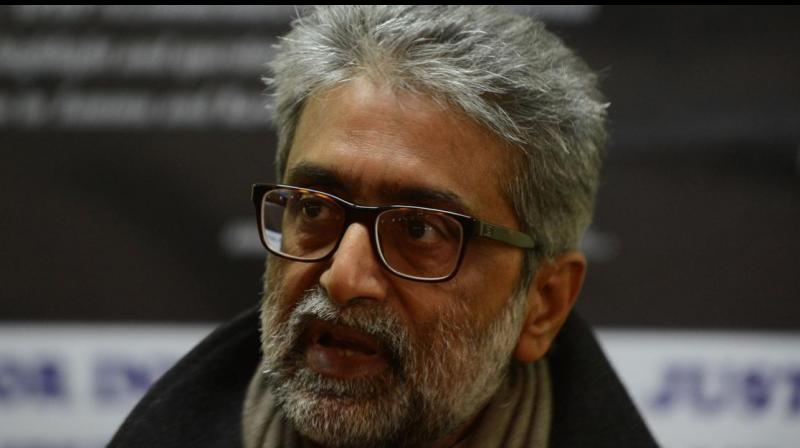 Mumbai: The Bombay High Court on Thursday issued notice to the NIA and Maharashtra government in a petition filed by Gautam Navlakha for keeping him under house arrest pending trial in the Bhima Koregaon-Elgar Parishad caste violence case. The 70- year-old has sought to be transferred out of Taloja Central Prison, citing the lump in his chest and great hardship owing to the alleged denial of basic medical and other necessities in the prison.

During hearing of the petition counsel Yug Mohit Chaudhry and advocate Payoshi Roy on behalf of Navalakha informed the division bench of Justice S.S. Shinde and Justice N.J. Jamadar that Navlakha’s health is not in good condition and he had a lump in his chest. They requested that he be taken to a private hospital where his sister is a nurse.

However, there was no mention of shifting Navlakha to a private hospital and hence court adjourned the hearing.

ASG Singh also said that if at all the petitioner wants to go for a check-up, he can go to Tata Memorial Centre Advanced Centre for Treatment, Research and Education in Cancer.

The court also noted that shifting Navalakha to a private hospital was not mentioned in the petition and hence directed advocate Chaudhry to make an application for the same.

Advocate Chaudhry agreed for Navlakha to be taken to Tata Hospital and also to make changes in the petition.

The bench directed the NIA and the State to file their replies to the petition and adjourned the hearing to September 27. Before adjourning the matter the bench had also asked the respondents to inform the bench during the afternoon session if Navalakha could be taken to a private hospital or not.

In the afternoon, the Maharashtra Government through public prosecutor Sangeeta Shinde informed the bench that Navlakha would be taken to Tata Hospital at Kharghar on September 3.