The blast blew off the roof of building and led to destruction of various other sections which is 50 metres away from Labpur Police Station. 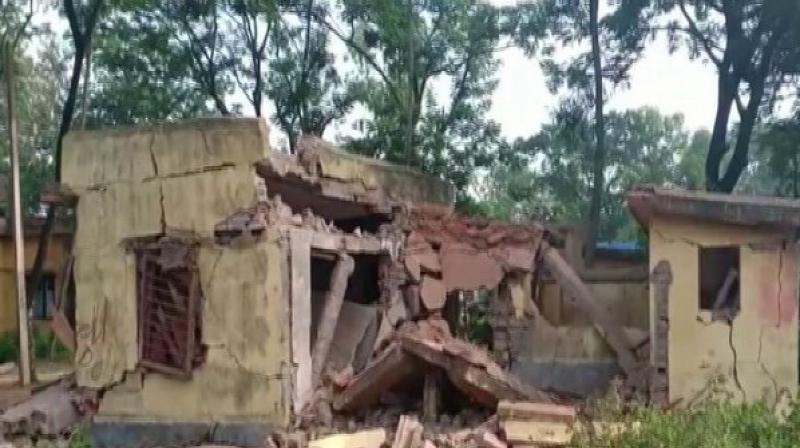 In a similar case, a blast took place inside the Meghdoot club in the Mallarpur area of Birbhum on June 29. (Photo: ANI)

Birbhum: A blast took place at the old building of Panchayat Deputy Health centre in Birbhum on Thursday, officials said.

The blast blew off the roof of the building and led to the destruction of various other sections of the health centre which is only 50 metres away from the Labpur Police Station.

According to officials, explosives kept inside the old health centre led to the blast.

Locals living in the nearby Latur village are in a state of shock and terror after this blast.

This is second such type of blast in Birbhum since last week.

In a similar case, a blast took place inside the Meghdoot club in the Mallarpur area of Birbhum on June 29.

Further investigation in the matter is currently underway by the police officials.