Plays with Narmada’s ecology; officials, police refuse to touch them. 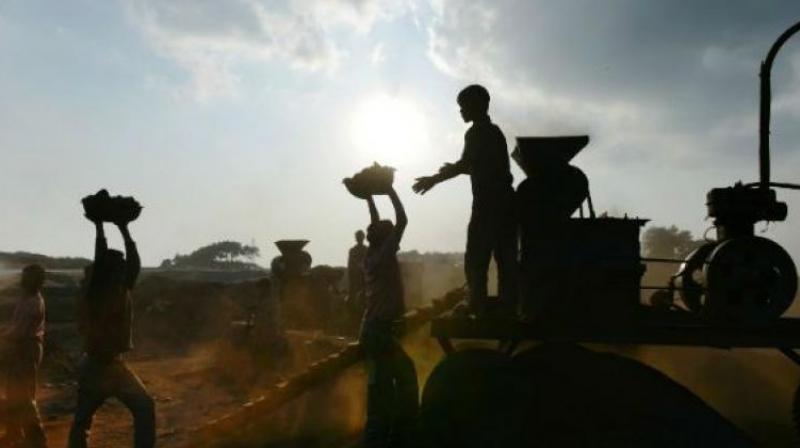 Bhopal: Men wielding AK-47 assault rifles carrying out illegal activities on the banks of a river. This is not a macabre scene out of a Hindi film. But this is how illegal sand mining from the Narmada actually happens in Madhya Pradesh.

In the past seven months, as many as 70 sand mining cases have been reported in different districts of the state. And some officials who tried to stand up against the mafia, were mercilessly beaten up or killed by the hoodlums who allegedly enjoy political patronage.

Apart from inflicting financial loss of crore of rupees on the exchequer, the mafia is also threatening the flow of the river by constructing makeshift roads on the bed and using earth movers to dig sand that is mostly used to satiate the hunger of the booming housing sector.

Sample this, armed men allegedly held a raiding party in Madhya Pradesh hostage on October 16 for impounding their vehicles which were illegally transporting mined sand. The raiding party was later let off with a strict warning not to bother them in future. Ajaygarh tehsildar J.P.S. Baghel of Panna district had led the raiding party. Similarly, on July 20, sand mining mafia allegedly thrashed the daylights out of a sub-divisional magistrate in Tikamgarh for confiscating their dumpers and earthmovers.

“Apart from attacking officials, the sand mafia also threatens them of dire consequences if they disrupt illegal sand mining operations thereby spreading terror among them,” an officer in Panna district told this newspaper.

Another senior police officer, however, complained of political intervention in the drive against the mafia.

“We feel helpless as the mafia have their godfathers in the power corridors, which makes our task that much harder,” said the officer, who did not wish to be named.

Sand mining is carried out on the river beds violating the mining and environment rules and under the nose of local administration. It is said that relatives of some influential people, including MP chief minister Shivraj Singh Chouhan, are into the illegal sand mining business.

Altogether, around 1,135 blocks measuring around 8,800 hectares in 33 districts of the state have been leased out for sand mining.

According to an estimate, the state is robbed of Rs 1,000 crore revenue every year due to illegal sand mining. At present, the state receives a revenue of around Rs 170 crore annually.

Congress spokesman Pankaj Chaturvedy calls it a mega scam. “This (sand mining) needs to be investigated. How can the state sustain such a loss of revenue; it cannot be without the blessing of the ruling government,” he said, demanding a probe.

A petition filed in National Green Tribunal (NGT) alleged that rampant illegal sand mining is being carried out on the Narmada bed with use of JCB, porcelain machines and diver machines, called country-made submarines in local parlance. The sand thus excavated from the river bed is then transported to the dry banks, the petition said.

Ironically, under the mining policy of the MP government, use of machineries in sand mining has been prohibited.

It is normal to see the Narmada river bed dotted with hundreds of roads, some as long as 15 km, made to move heavy machineries such as earth movers and JCB machines to mine sand. What’s more, in some areas, roads created on the river bed even block the flow of water.

“Rampant mining on the Narmada river bed has led to creation of thousands of small ponds inside the river. This threatens to damage the river’s ecology,” said Jabalpur-based environmentalist Dr P.G. Najpandey, who has waged a legal battle to ensure a lean Narmada. Corruption in the power corridors has promoted illegal sand mining in MP, he added.