Maharashtra: 7 Maoists including 5 women killed in encounter in Gadchiroli

The patrolling team was cordoning-off the forest patch near Kalled, which borders neighbouring C'garh, when the encounter took place. 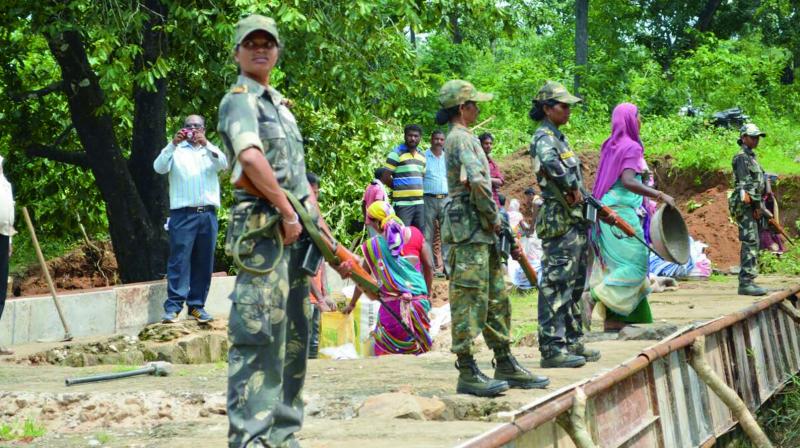 The incident took place when a squad of C-60 commandos was out on anti-Naxal operation. (Photo: File/ Representational)

Gadchiroli: Seven Maoists, including five women, were gunned down in an encounter with the police in Maharashtra’s Gadchiroli district on Wednesday, an official said.

The incident took place around 7am at a forest in Kalled village, about 15 km north of Zinganoor outpost in Sironcha tehsil of Gadchiroli, when a squad of C-60 commandos (Maharashtra police’s special anti-Maoist unit) was out on anti-Naxal operation, a senior police official said.

The patrolling team was cordoning-off the forest patch near Kalled, which borders neighbouring Chhattisgarh, when the exchange of fire took place between the two sides, he added.

“Seven Maoists, including five women, were killed in the encounter while some weapons were also recovered from the spot,” the official informed.

The bodies of Naxals were being retrieved from the forest, he said adding the rebels were yet to be identified.

A search operation was underway in the area, police said.