At a rally, Mayawati said, the Modi government wants to interfere with the personal law of Muslims, and end reservations in jobs. 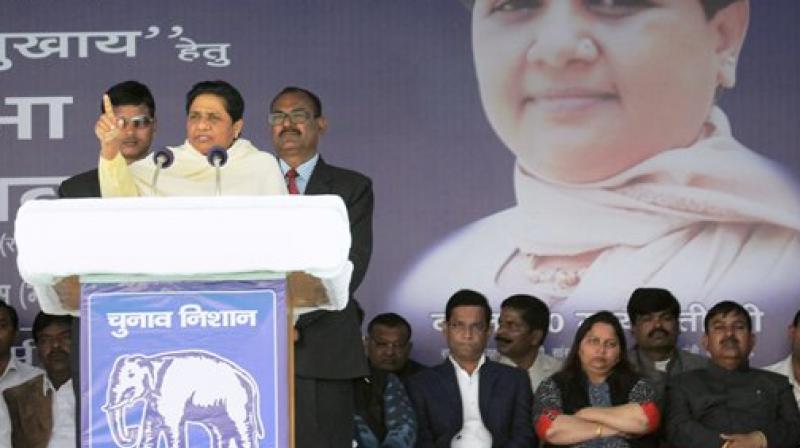 Agra: BSP chief Mayawati on Monday accused the Narendra Modi government of interfering with the personal law of Muslims and ending reservations for backward communities in jobs.

Addressing a rally at Kothi Meena Bazar ground in Agra, she also attacked Congress-Samajwadi Party alliance, saying Muslim voters should not get swayed by the alliance and waste their precious votes by supporting it.

"The central government has failed to work on the recommendations of the Sachchar Committee. Prime Minister Narendra Modi had promised to bring black money from abroad, but no action has been taken yet," she said.

She claimed that demonetisation has affected everyone.

The Narendra Modi government wants to interfere with the personal law of Muslims, and end reservations in jobs, she said.

She also promised to constitute a commission for businessmen to look into their problems, announced to launch a special scheme for Agra's leather shoe industry and waive loans upto Rs 1 lakh for farmers if voted to power.