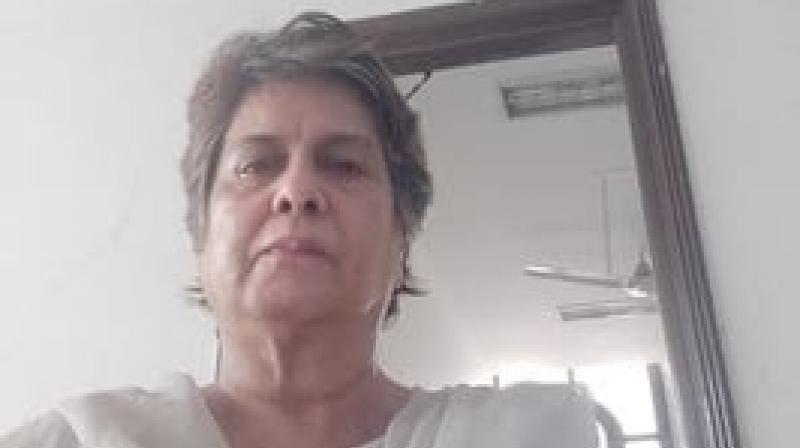 "Incident happened around 9.00 pm when her domestic help opened the door for the family's regular washerman (dhobi). When the help opened the door, he overpowered her, dragged her to one room and restrained her. In the meantime, two other boys entered and overpowered Kitty Kumaramangalam. They smothered her using a pillow," said Ingit Pratap Singh, Deputy Commissioner Police (DCP), Southwest Delhi.

The police stated that it was a friendly entry to the house as the washerman was working for the family for the past five years.

He further informed that the domestic help somehow untied herself and raised an alarm.

"We received the call at around 11.00 pm. After which teams were formed. Some briefcases were found open at the scene of the crime. Police have picked up washerman Raju (24) from his residence in Bhanwar Singh Camp in Vasant Vihar. He has disclosed two other names," the DCP said.

He added that the hunt for the remaining two suspects is underway.

Kitty Kumaramangalam's husband P Rangarajan Kumaramangalam was as a member of Parliament from Salem constituency from 1984 to 1996 and Tiruchirapalli constituency from 1998 to 2000. He has served as Minister of State for Law, Justice and Company Affairs in the PV Narasimha Rao Cabinet from July 1991 to December 1993 and as the Union Minister for Power in the AB Vajpayee Government from 1998 to 2000. He died on August 23, 2000.