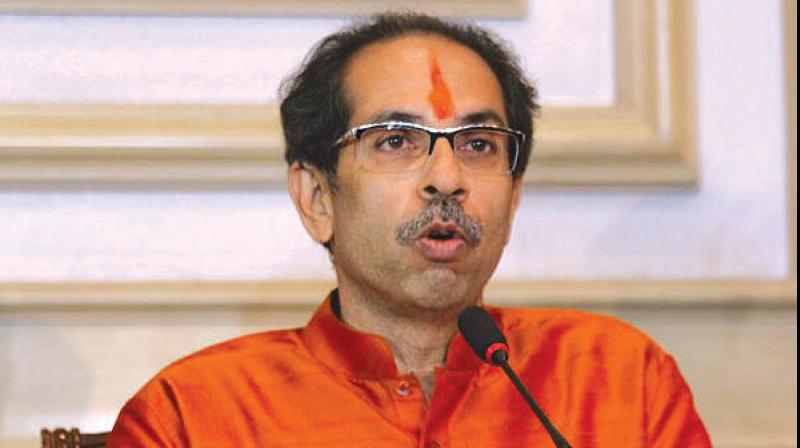 The Uddhav Thackeray-led party also said that the Hathras incident has exposed masks of many pretentious people. (PTI)

Mumbai: In a serious allegation, the Shiv Sena has indicated that the Yogi Adityanath-led Uttar Pradesh government had a hand in the midnight cremation of the gangrape victim at Hathras. The UP government cremated the victim’s body and also tried to suppress her family’s voice by using the police force, the Sena said.

“The Yogi government has now recommended a CBI probe into the Hathras case even when the victim’s family has sought a judicial enquiry into the matter. But what will the CBI do when the government itself destroyed the evidence by cremating the victim. Did the Hathras Police do this without asking the higher authorities? All this has happened in connivance with each other,” said Shiv Sena in an editorial in the party mouthpiece ‘Saamana’ on Tuesday.

The party expressed the fear that the Hathras issue might see the explosion of Dalit community’s anger. “The Centre provided 'Y-plus' security to an actress from Mumbai, but the family of Hathras Dalit victim is receiving threats to life and is living under terror. This is not in line with Dr Ambedkar’s constitution based on equal justice,” it added.

Chandrashekhar Azad, the chief of Bheem Army, has demanded that Dalits should get a weapon license for self-defense and also a fifty percent subsidy for buying weapons. This is the first spark (of their anger) and the government should not add fuel to it, the Sena said.

The Uddhav Thackeray-led party also said that the Hathras incident has exposed masks of many pretentious people. “Those who tried to defame Maharashtra in connection with actor Sushant Singh Rajput’s death case have fallen into a pit themselves due to the Hathras episode,” it said.