Jayanti Bhanushali had represented Abdasa Assembly constituency in Kutch from 2007 to 2012. 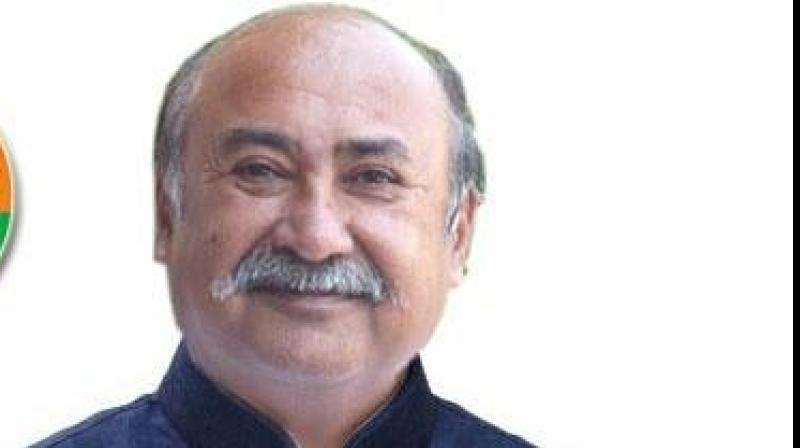 Ahmedabad: Senior Gujarat BJP leader and former MLA Jayanti Bhanushali was shot dead by unidentified persons while he was travelling in a train in the wee hours of Tuesday, police said.

The incident took place around 2 am in the Bhuj-Dadar Express trainwhen Bhanushali, 53, was returning to Ahmedabad from Bhuj town of Kutch district in Gujarat. Bhanushali had stepped down from the post of Gujarat BJP's vice president in July last year after a woman accused him of rape.

However, the Gujarat High Court had quashed the case in August 2018 after the woman withdrew the complaint.

He was apparently shot dead between Gandhidham and Surajbari stations in the neighbouring Kutch district, Morbi district's Superintendent of Police Karanraj Vaghela said.

"The railway police on board the Bhuj-Dadar Express informed the Morbi police that Bhanushali was shot dead in the train. When the train reached Maliya station of Morbi, we recovered the body and sent it for post-mortem," he said.

As per preliminary investigation, two bullets were fired at him, Vaghela said. "We also recovered some empty bullet cases from the compartment and sent them for forensic examination. The railway police will file an FIR in connection with the incident," he said.

Bhanushali had represented the Abdasa Assembly constituency in Kutch from 2007 to 2012.