Duo held with fake currency worth Rs 1.5 lakh in Surat 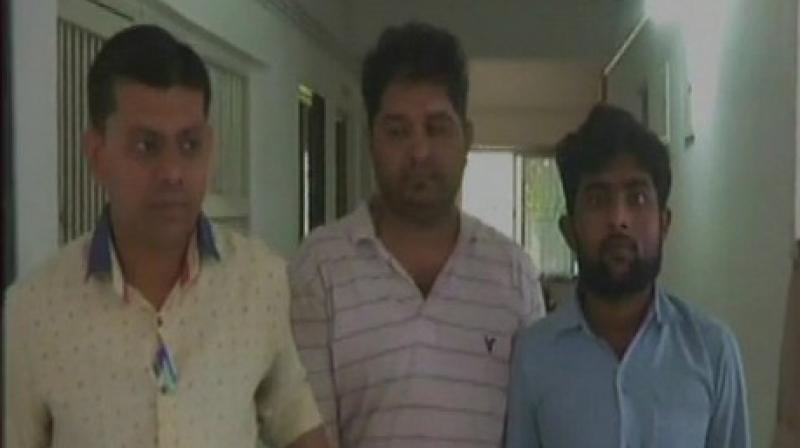 The duo (in white and blue) were identified as Jagdish Ansari and Mohammed Ansari. (Photo: ANI)

BC Thakur, Assistant Commissioner of Police (ACP), told ANI, "Amroli police got the information that two people were circulating fake currency in the market. We then made the arrests and recovered over Rs 1,50,000 worth fake currency from them."

"Later, when we conducted a search operation at their residences, we further recovered over Rs four lakh. Primary investigations revealed that the money was sourced from Bihar," Thakur added. Further investigation is underway.