15 flee home for juveniles in Rajasthan

Among those who escaped, 13 had fled in the past too and before being caught they committed many crimes. 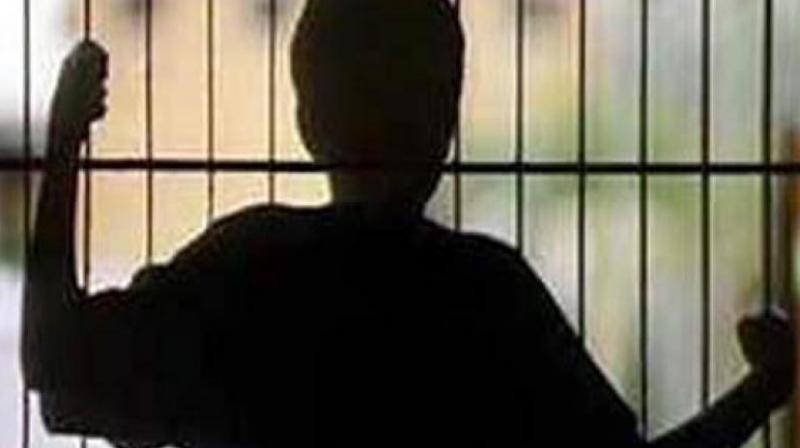 The police said that after so many incidents the inmates have become fearless. (Representational Image)

Jaipur: As many as 15 inmates escaped from a government-run juvenile home in Jaipur. This is second incident in less than a month and third in recent months. The juveniles were lodged at the home for rehabilitation.

Among those who escaped, 13 had fled in the past too and before being caught they committed many crimes. “Most were caught for theft and stealing,” superintendent Ajay Meharda said. He has filed a complaint with the police and a search is launched to trace them. An official said a probe was being held to ascertain the facts. The juveniles escaped through the main gate which was opened and the matter came to light when a roll call was done later.

The inmates ran away when the cook who had brought food for them opened channel gate and the inmates who had assembled there pushed him as soon as the gate was opened and fled.

According to the police, inmates who fled were physically stronger than the guards. Apart from that security arrangements are very poor at the juvenile home. The security of the juvenile home is handled by only two private guards but they too were inside the home.  Two other gates of the juvenile were unmanned and opened at the time of escape.

The police said that after so many incidents the inmates have become fearless. After fleeing they carry out further crimes. Only last month 17 inmates fled by breaking window bars before being caught they carried out several crimes. Worse, only 3 of them could be arrested so far. Similarly, in September this year 16 inmates escaped of which three are still at large.

Apart from that there were five incidents of inmates escaping in 2011 and three in 2012. Many of them are still at large.