Delhi woman arrested for impersonating a candidate in examination

The invigilator noticed the dissimilarities between the admit card of the real candidate and ID card produced by the accused. 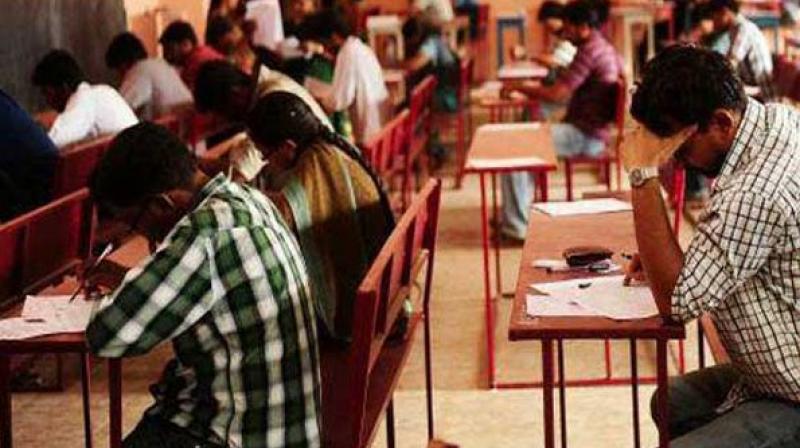 A mobile phone with earphones, one copper wire being covered with doctor tape and one small button cell were recovered from the accused lady. (Photo: Representational Image)

New Delhi: A woman has been arrested for allegedly impersonating a candidate in KVS primary teacher recruitment examination at a public school in northwest Delhi’s Mukherjee Nagar area.

On January 7, the principal of a public school informed police that a woman had been caught while appearing in the examination in place of a real candidate, said Milind Mahadeo Dumbere, DCP(Northwest).

After the invigilator noticed the dissimilarities between the admit card of the real candidate and ID card produced by the accused, she informed the Principal.

A mobile phone with earphones, one copper wire being covered with doctor tape and one small button cell were recovered from the accused lady.

"During investigation, she told police that had come in contact with one Sunny at Panipat who further introduced her with Ajay. Anil and Johny are masterminds and are running racket of placing fake candidates in competitive examination on behalf of real candidates in lieu of hefty amount," said the officer.

They are stated to be inspired by Bollywood film Munnabhai MBBS and prepared specially designed clothes to hide the electronic gadgets.

"The woman disclosed that Anil and Johny gave her the mobile phone with earphone, one small button cell with copper wire. They told her that the button cell would be used as a blue tooth with the help of copper wire being connected to the earphone.

"Once the examination started, the accused persons were supposed to call her and inquire the code of her paper. She was to be provided answer key of the paper on phone call and her task was to darken the circles in the answer sheet,? hesaid.

The people, who were running the racket, managed to get the paper out from any centre after the papers arrived there.

"The woman had been promised that she will be given Rs 1 lakh after the examination. On January 7, the accused was dropped at the examination centre by the real candidate and her husband who are residents of Haryana, he said.

The real candidate along with her husband are on the run. The other accused are also absconding, the officer said.