The number plate of the Eco Sports car was retrieved from the spot, and later the police recovered the car 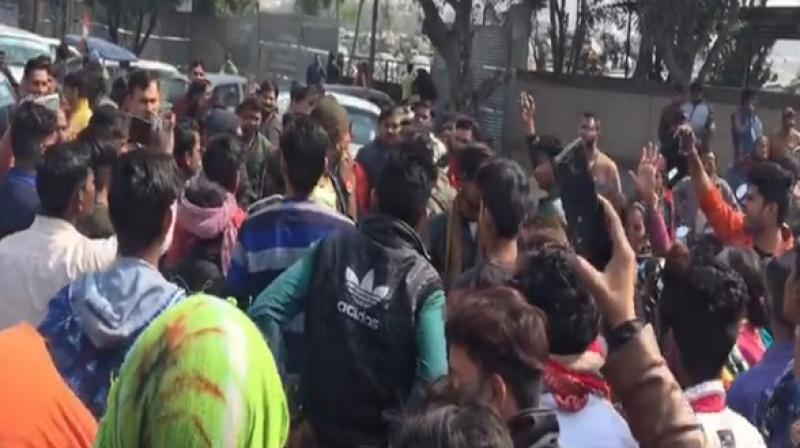 Three people were killed after a speeding car ran over them in the Indirapuram police station area on Saturday.

Two of the deceased were identified as Sonu and Ashok, while the identity of the third person is yet to be ascertained.
Anshu Jain, CO, Indirapuram, told ANI: "At 8 PM last night, the Indirapuram police station was informed about the accident, following which we immediately reached the spot and found that three people had died."

"The number plate of the Eco Sports car was retrieved from the spot, and later the police recovered the car. A case has been registered and further investigation is underway," she added.

Meanwhile, the family members of the deceased expressed their dissatisfaction with the police investigation on Sunday by staging a protest outside the Indirapuram police station.

One of the family members, Anita, said: "My husband was killed yesterday. Today, the police have told us to go away. Where do I go?"

Other protesters demanded strict action against the perpetrator of the crime and swift justice for the deceased and their family members.

Further investigation in the matter is underway.