Six persons, including 'Pulsar' Suni, Martin and Vigeesh were arrested by police in connection with the incident. 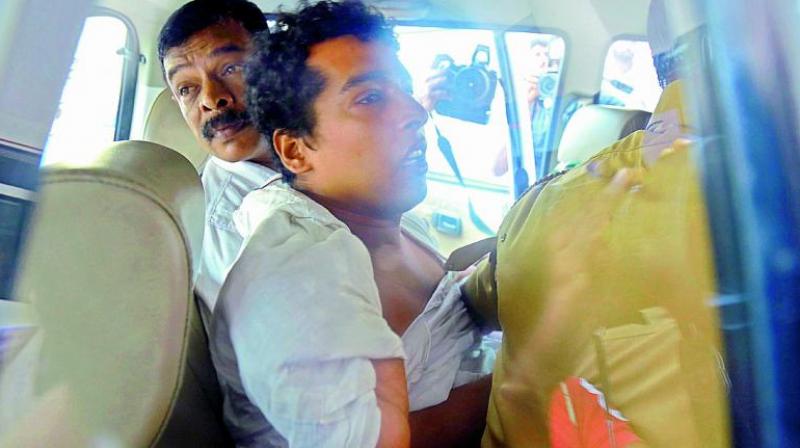 Kochi: Blackmailing was the motive behind the abduction and assault of a prominent Malayalam actress and the key digital evidence of the alleged criminal act has been recovered, police said on Thursday.

A top police official, who did not wish to be named, ruled out any conspiracy angle in the incident that created an uproar.

He said that the entire operation was planned and executed by the main accused 'Pulsar Suni' with the active help of Martin, who was the driver of the actress' vehicle in which she was assaulted on February 17.

"Blackmailing was the motive behind the incident.We have recovered the digital evidence of their criminal act," the officer said.

Police had been in search of the video shot by the accused using a mobile phone while she was being harassed in the car.

The official said, over a month ago both Suni and Martin had planned the crime of abduction and assault of a celebrity woman from the film industry with the motive of blackmailing.

Other accused were involved by them at a later stage, he added.

Asked about the alleged "conspiracy angle" and involvement of a powerful third party in executing the crime, he said nothing could be established from the interrogation of the accused, currently under police custody, by various teams of the investigation.

"If you are not satisfied with the investigation...let the CBI to probe it. We welcome it," the officer said.

The police custody period of the accused Suni and his accomplice VP Vigeesh will end on Friday.

Six persons, including 'Pulsar' Suni, Martin and Vigeesh were arrested by police in connection with the incident.

The actress, who has worked in Tamil and Telugu films, was abducted and allegedly molested inside her car for two hours by the accused, who had forced their way into the vehicle on the night of February 17 and later escaped in a busy area in Kochi.