Drug Peddlers been arrested under provisions of the Narcotic Drugs and Psychotropic Substances (NDPS) Act,SSP said. 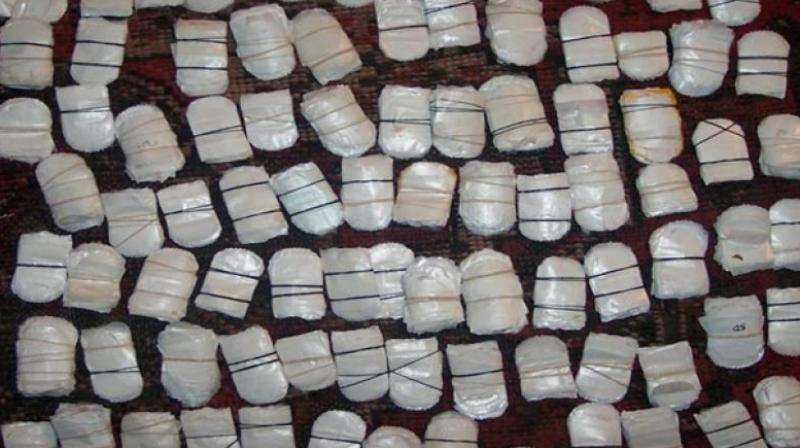 Punjab Police busted an inter-state gang of drug peddlers by arresting two of its members. (Photo:DC/file)

Phagwara (Punjab):  Police on Sunday claimed to have busted an inter-state gang of drug peddlers by arresting two of its members, including the kingpin, and seizing 3-kg
opium from them.

The duo was arrested at a special 'naka' (checkpoint), which was set up after a tip-off, at Pir Purania Chowk near Rampur Sunra village, he said, adding they were coming on a stolen motorcycle.

They were searched in the presence of DSP Dev Dutt Sharma and 3-kg opium was seized from their possession, he said. They had brought the opium from Amla in Bareili and were going to supply it to someone in Kapurthala or Kartarpur area, the SSP said.

Phagwara SP Harwinder Singh Sandhu said Din had earlier been arrested with 35 bags of poppy husk and had served a 10-year jail term. They have been arrested under provisions of the Narcotic Drugs and Psychotropic Substances (NDPS) Act, the SSP
said.

They have been booked under sections 379 (punishment for theft) and 411 (dishonestly receiving stolen property) of IPC, the officer said.