Seven mobile phones, 11 SIM cards and one laptop have been recovered from their possession. 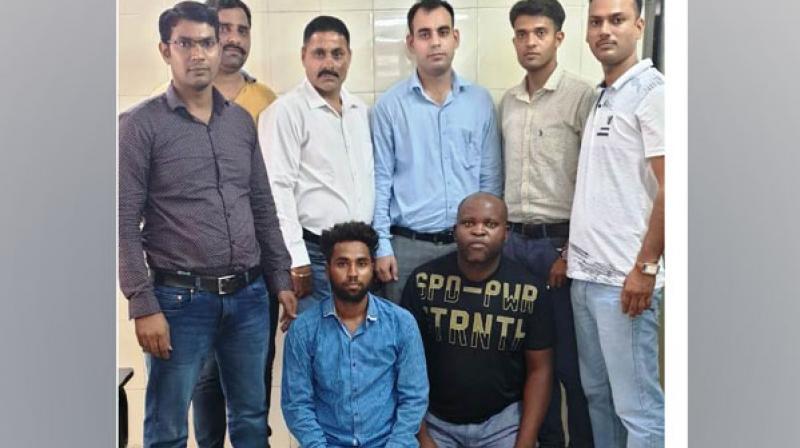 Police acted on the basis of the complaint by a lady that she was allegedly cheated of Rs. 14 lakhs in the name of marriage proposal through the matrimonial website. (Photo: ANI)

New Delhi: Crime Branch of Delhi Police busted a racket involved in cheating women in the name of marriage proposal through a matrimonial website and arrested three accused persons including one Nigerian national.

Seven mobile phones, 11 SIM cards and one laptop have been recovered from their possession. The accused have been identified as Smart Egharevba alias Andrew (43) hailing from Benin City, Nigeria and residing at Mahipalpur village Delhi, a lady from Jharkhand but living at Mahipalpur, and Balram from Karnal, Haryana.

Thereafter, the complainant and the said person started communication via WhatsApp chats and voice calls and the person subsequently told the complainant that he has been sending some valuable articles like gold and huge cash on her address.

However, on the pretext of custom clearance and other taxes, the said person asked the complainant to deposit money to the tune of Rs.14 lakhs in four different Indian bank accounts.

The Crime Branch team first arrested Balram from his residence in Karnal, Haryana.

"Balram disclosed that he provided the Debit/ATM Card of his bank account to an accused lady living in Mahipalpur, Delhi. On the instance of accused Balram, the lady was also arrested from Mahipalpur Delhi and during interrogation, the accused lady disclosed that she further provided an alleged account to one Andrew who also lives in Mahipalpur, Delhi. Thereafter, accused Andrew has been arrested on the instance of accused lady. He was living in Delhi illegally with his expired visa/Passport," stated a press release from Delhi Police.