Anjali Agarwal (42) and her daughter Kanika (12) were beaten and stabbed to death at their apartment in Greater Noida on Monday night. 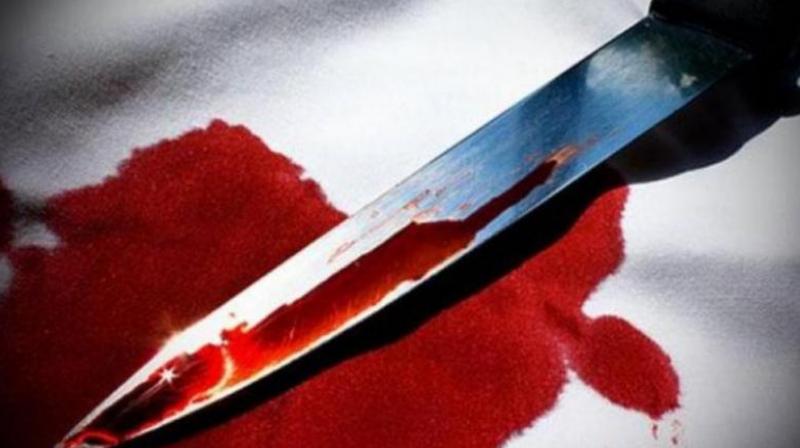 The boy attacked his mother and sister with a bat and then used a pair of scissors and a pizza cutter to kill them. (Photo: Representational/File)

Noida: The 15-year-old boy who confessed to killing his mother and sister in Greater Noida, revealed to the police that he used a cricket bat, a pair of scissors and a pizza cutter to commit the crime, according to reports.

The boy attacked his mother and sister with a bat and then used a pair of scissors and a pizza cutter to kill them.

Anjali Agarwal (42) and her 12-year-old daughter Kanika were beaten and stabbed to death at their apartment in Greater Noida on Monday night. The boy was missing since the incident.

The boy was traced and picked up from Varanasi on Friday night after he made a phone call to his father. The teen's father appealed to him to return back home and tell the truth.

Police said the boy had decamped with Rs 2 lakh cash and his mother’s phone after the double murder.

"She had asked him not to sit on the sofa and move to the dining table to study. The boy claimed his mother had beaten him for not studying that day and he felt angry and suffocated. Around 11 am, when his mother and sister were sleeping, he allegedly hit them with a cricket bat and stabbed them with scissors," said SSP of Gautam Budh Nagar Love Kumar.

The boy was last captured by CCTV leaving his home around 11.15 pm on Monday.

As per police statement, the accused left his house after changing clothes which had blood stains. He also left the weapons behind.

He took Rs 2 lakh cash and his mother's mobile phone from the house before taking a cab from the residential society's gate for the New Delhi railway station, it said.

According to the statement, the boy took a train for Chandigarh, from where he went to Shimla. He reached Mughal Sarai on Friday and then went to Varanasi from where he was apprehended by police who used electronic surveillance to trace him.

The postmortem report on Thursday confirmed that the deaths were caused due to injuries to the head.

A police investigation revealed the boy used to play a crime-gangster game on mobile phones. The game was found on other similar electronic devices in the house.

According to the police, the boy was weak in his studies and often got scolded for poor performance. On the day of the incident too, his mother had scolded him over studies.