Varun Thakur, the father of the victim, also appealed to the parents, protesting outside the school, to not indulge in violence. 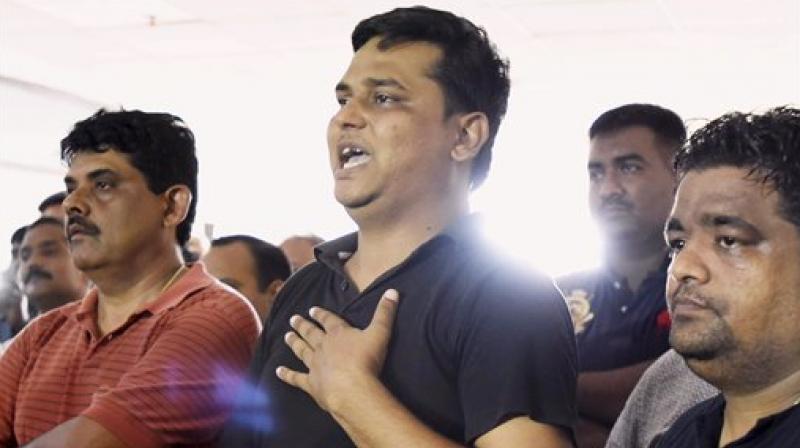 Varun Thakur, father of the student who was allegedly murdered at Ryan International School in Gurugram. (Photo: PTI)

Gurgaon: Father of the 7-year-old boy, who was killed at the Ryan International School in Gurgaon on Friday, demanded a CBI probe into his son's murder.

Varun Thakur, the father of the victim, also appealed to the parents, protesting outside the school against the child's murder, to not indulge in violence.

"Want to request all parents who are supporting us that please do not get involved in violence," ANI quoted Varun as saying on Sunday. "Police is doing its job, request a parallel CBI inquiry so that every detail related to the case is revealed," Varun said.

Hundreds of people on Sunday staged a demonstration outside the Ryan International School in Gurgaon demanding a CBI probe into school boy's murder and set afire a liquor shop near the school.

Police used batons to quell the protest and detained 20 protestors. Cameras of some photojournalists were also damaged during the protest.

Some of the demonstrators threw liquor bottles inside school premises to vent their ire against the school management, police said. The liquor shop is barely 50 metres away from the school.

They demanded that the school should be shut until a CBI probe is ordered into the incident.

"The Gurgaon Police had to use mild lathicharge to disperse the agitators. The police detained over 20 protestors found agitating outside the school," Ravinder Kumar PRO Gurgaon Police said.

The protestors alleged that school drivers and conductors often consume alcohol from the liquor shop in their free time.

Praduman Thakur was found murdered with his throat slit inside the toilet of Ryan International School on Friday, triggering public outrage.

Kumar was inside the toilet, waiting for any student to come inside with the motive of sexual assault. The deceased was the first student who entered the toilet, the police said.