BJP's Rajya Sabha MP Kirori Lal Meena demanded the resignation of the chief minister and also a CBI inquiry into the matter. 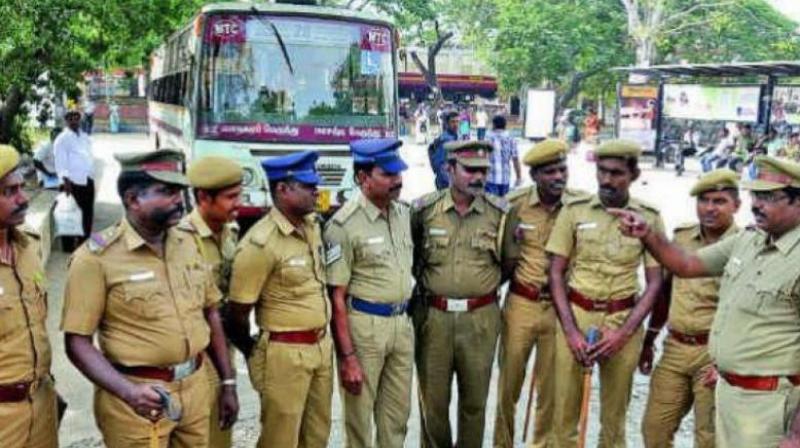 Four of the five suspects in the Alwar gangrape case have been arrested while the city SP has been shunted out and an SHO suspended in the wake of the April 26 incident in which police have been accused of delaying action on the pretext of poll preparations. (Representational Image)

Jaipur/Alwar: Four of the five suspects in the Alwar gangrape case have been arrested while the city SP has been shunted out and an SHO suspended in the wake of the April 26 incident in which police have been accused of delaying action on the pretext of poll preparations.

The husband of the rape survivor claimed that he had approached the Thanagazi police station SHO and the SP with his complaint, but he was asked to wait as they were busy with the elections. He alleged that an FIR was lodged only on 2 May.

As the case came into light, Jaipur Inspector General S Segathir said on Wednesday four people have been arrested and 14 police teams pressed into service to nab the remaining accused.

Those arrested were identified as Indraraj Gurjar, Ashok and Mukesh and Mahesh Gurjar, the officer said, adding that Mukesh had also recorded the crime and uploaded the video on social media.

Mahesh Gurjar was arrested on Wednesday night, the police said.

SHO of the Thanagazi police station Sardar Singh was also suspended and four policemen were taken off active duty.

The state government has released an interim relief of Rs 4.12 lakh for the survivor as per the SC/ST (Prevention of Atrocities) Act, 1989.

Meanwhile, locals took out a protest march in Thanagazi town demanding arrest of all the accused. Protests were also held in Dausa, Jaipur and Churu demanding death penalty for the culprits.

On 26 April, the accused stopped the couple's motorcycle on Thanagaji-Alwar road and beat the husband. They stripped the couple and raped the woman in front of her husband. One of accused also shot a video.

The survivor's husband alleged that the police officers did not pay heed to his request for action against the culprits.

"The incident occurred on 26 April. This all happened for nearly three hours. Initially we kept quiet, but when the accused called me demanding money for not circulating the video, I went to the SP office and gave him a complaint.

"He sent me to the SHO of Thanagaji police station where the SHO received the complaint but the FIR was not lodged," the survivor's husband told PTI.

He claimed that the SHO took him to the scene of the crime on the same day and later asked him to go.

"Next day, I called the SHO but he said that policemen were busy in election. When I called the SP, he also gave the same response. I was asked to wait till elections are over. The FIR was lodged on May 2," he said.

Narrating the ordeal, he said, "One of the accused called me and demanded money on 30 April. He said that the video will be circulated on WhatsApp if I did not give them money. My younger brother told about this to the SP but nothing happened and on May 4, the video was circulated".

"We suffered unexplainable nightmare on 26 April. When the video was circulated among locals, our dignity was completely lost and when I told this to the police, their reaction was also disappointing," he said.

The survivor has also claimed that he had given the phone numbers of the accused to the police but they delayed taking action. When the matter was highlighted on Tuesday, the Congress government faced severe criticism from opposition BJP and others.

Police said Gurjar and Kailash were arrested till Tuesday night and Mukesh was placed under arrest on Wednesday. Meanwhile, the National Human Rights Commission (NHRC) issued a notice to the state government on Wednesday seeking a report in the matter within six weeks.

Taking cognisance of media reports, the NHRC issued the notice to the chief secretary and the DGP.

The Opposition BJP has accused the government of deliberately hiding the case for political reasons during elections, a charge which the ruling Congress has rejected and said that stern action against the accused will be taken.

"This is a very serious and shameful incident. The government kept it hidden due to political reasons during elections. The party will be holding a demonstration at all the district headquarters on Thursday," state BJP president Madan Lal Saini said.

BJP's Rajya Sabha MP Kirori Lal Meena demanded the resignation of the chief minister and also a CBI inquiry into the matter.

Deputy Chief Minister Sachin Pilot said that stern action against the culprits will be taken and the matter should not be politicised. Elections were held to 25 Lok Sabha seats in Rajasthan in two rounds on 29 April and 6 May.