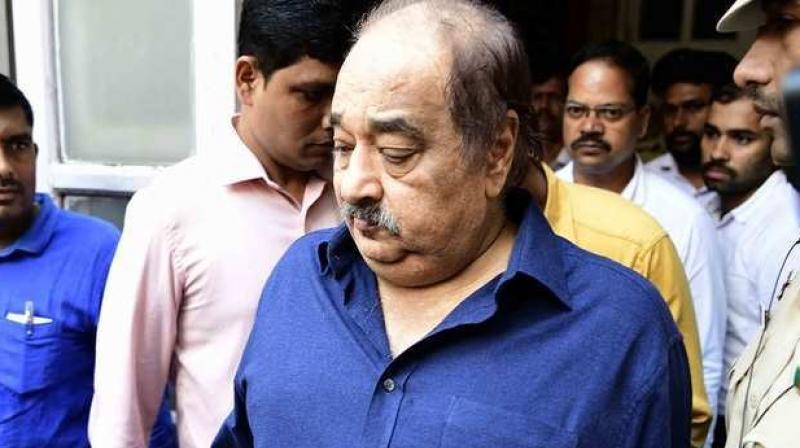 Bombay high court has directed the government of Maharashtra to furnish details of the health condition of HDIL promoter Rakesh Wadhawan and his son Sarang. ( Photo- Twitter)

Mumbai: The Bombay high court has directed the government of Maharashtra to furnish details of the health condition of HDIL promoter Rakesh Wadhawan and his son Sarang. Both the persons, arrested in connection with the money laundering case, have been lodged in Arthur Road jail and have filed bail pleas on medical grounds.

The applicants have claimed that there are no proper facilities in jail in view of the coronavirus pandemic and they are more prone to the disease due to their medical condition.

While hearing the application, Justice Bharati Dangre sought to know from the state government the medical condition of the applicants, in which barrack they have been kept and what step the state has taken to curb the spread of the deadly disease in the jail.

The court has now posted the bail pleas filed by promoters of Housing Development and Infrastructure Ltd (HDIL) on June 12, for further hearing.

The Wadhawans are accused in the multi-crore Punjab and Maharashtra Cooperative (PMC) bank fraud case. The fraud came to light in September 2019, after the Reserve Bank of India found that the PMC Bank had allegedly created fictitious accounts to allegedly conceal over `4,355 crore loans taken by HDIL.

According to the RBI, the PMC Bank masked 44 problematic loan accounts, including

HDIL, by allegedly tampering with its core banking system, and the accounts were accessible only to limited staff members.