In the first case, NCB arrested a man from Anand Vihar bus stand and recovered 7 kgs of hashish. 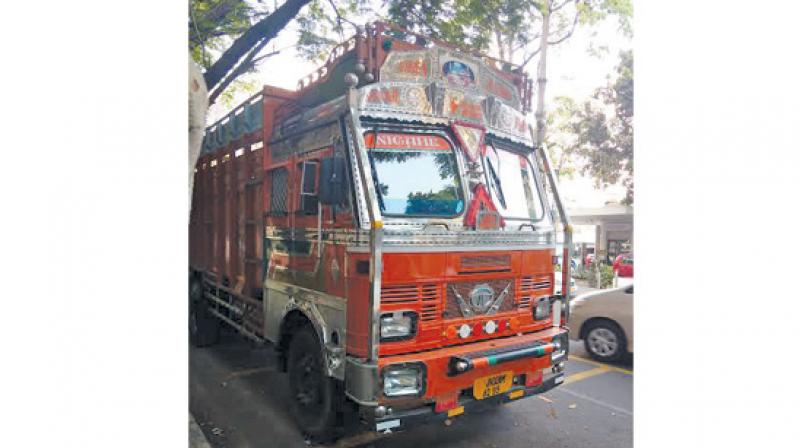 4.8 kilograms of hashish was seized from a truck at the Azadpur vegetable market in the national capital on January 8. (Photo: File)

New Delhi: Four people, including a foreigner, have been arrested by the NCB in the national capital over the last few days as part of its action against narcotics smuggling syndicates.

In the first case, sleuths of the Narcotics Control Bureau (NCB) arrested a man on Friday from Anand Vihar bus stand and recovered 7 kilograms of 'hashish' (cannabis resin) from him, the agency said on Saturday.

The man, it said, had brought the narcotics from Uttarakhand on a public bus.

Hashish is made from cannabis and is reported to be abused as a stimulant drug by people in rave parties.

The estimated value of the seized drug is Rs 35 lakh, the NCB said.

In another incident, 4.8 kilograms of hashish was seized from a truck at the Azadpur vegetable market in the national capital on January 8.

The truck had come from Jammu and two persons were arrested in this connection, it said.

In the third incident, the NCB arrested a Tanzanian man, identified as K Kelvin George, 33, from the Indira Gandhi International (IGI) airport on January 10 with 25 kilograms of pseudoephedrine.

He was apprehended by the CISF personnel who guard the airport.

Pseudoephedrine is a controlled substance and is used to manufacture other banned drugs.

The estimated value of the drug seized from the foreign national is about Rs 35 lakh.