UP: 2 sisters set ablaze while sleeping by unknown goons

The culprits broke into the house, poured petrol on the bed on which both the sisters were sleeping and set them on fire. 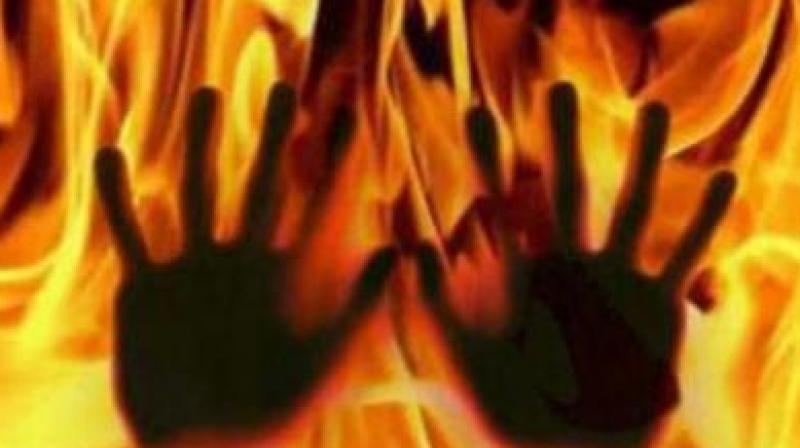 Bareilly: In a tragic incident, two sisters were set ablaze by few unknown miscreants late Friday night while they were sleeping in their home in Nawabganj area of Uttar Pradesh's Bareilly district.

The culprits broke into the house, poured petrol on the bed on which both the sisters were sleeping and set them on fire.

As soon as the family came to know about the ordeal, both the sisters were rushed to the nearby hospital.

"Some people set my sister and me on fire while we were sleeping on the same bed at night. We don't know who they were. When we woke up they ran away. We were not able to see their face," Fiza said.

"I don't know who did this. We don't have any animosity with anyone," said the mother of the girls.

An FIR has been registered in this case and the police has formed a team to nab the perpetrators as soon as possible.