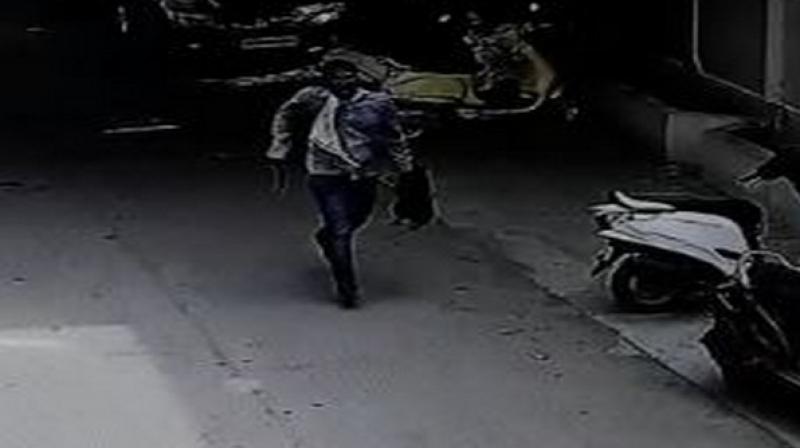 The whole incident was caught on CCTV camera, where the accused could be seen running with a sickle in one hand and the severed head in other. (Photo: ANI)

Vijaywada: In a gruesome incident, a 24-year-old man allegedly beheaded his wife and then carried her severed head through the streets before dumping it in the Eluru canal in Andhra Pradesh, the police said on Sunday.

"At 2.30 pm, the accused came to his wife Manikranthi's residence at Srinagar colony. Later, he chopped off her head and threw it into the canal," said the police.

The accused, identified as Pradeep Kumar, has been arrested.

The whole incident was caught on CCTV camera, where the accused could be seen running with a sickle in one hand and the severed head in other.

A traffic head constable, who saw Kumar near the Budameru bridge with bloodstains on his shirt, alerted the police, who in turn arrested him.

"Efforts are being made to trace the weapon and the head in the canal," the police added.

The duo got married in 2015 and following marital disputes started living separately.

Manikranti had filed a case of domestic violence against Pradeep some time ago and he was arrested. Pradeep, who was recently released on bail, resorted to the brutal killing to seek revenge, the police said.