The court had recorded the statements of the rape victim's uncle, mother, sister and one of her father's colleague, an eyewitness 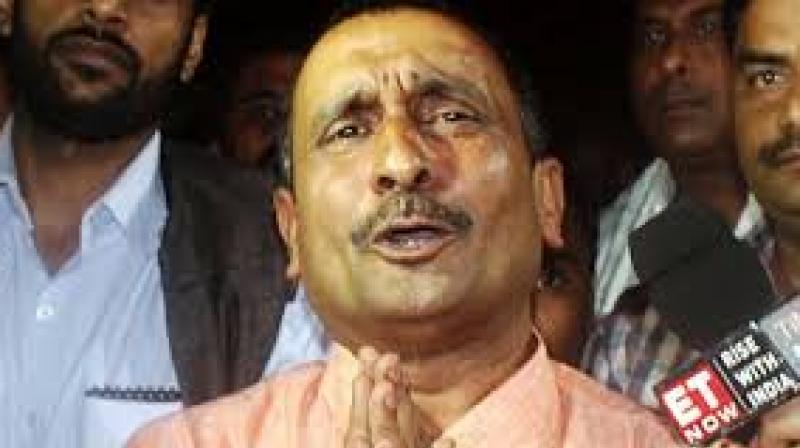 District Judge Dharmesh Sharma directed both Kuldeep Singh Sengar and his brother Atul Singh Sengar to pay Rs 10 lakh each as compensation to the victim's family.

The victim's father had died in judicial custody on April 9, 2018.

The court had on March 4 convicted Kuldeep Singh Sengar for culpable homicide not amounting to murder in the death of the Unnao rape victim's father.

Kuldeep Singh Sengar, who was convicted by the court along with seven others in the case, had denied any involvement in the death of victim's father and had asserted that he has done no wrong.

On December 20 last year, Kuldeep Singh Sengar was sentenced to jail for “remainder of his natural biological life” in a separate case for raping the woman in 2017 when she was a minor.

The court, however, had acquitted other accused --        constable Amir Khan, Shailendra Singh, Ram Sharan Singh and Sharadveer Singh -- giving them the benefit of doubt.

The court had recorded the statements of the rape victim's uncle, mother, sister and one of her father's colleague who had claimed to be an eyewitness to the incident.

According to the CBI, on April 3, 2018, there was an altercation between the rape victim's father and one Shashi Pratap Singh.

The charge sheet filed on July 13, 2018, said the victim's father and his co-worker were returning to their village, Makhi, when they asked Singh for a lift.

When Singh denied, an altercation ensued among them, the CBI had alleged.

Singh called his associates, following which Kuldeep Singh Sengar's brother Atul Singh Sengar reached the spot along with others and beat up the woman's father and his co-worker, the CBI claimed.

The woman's father was subsequently taken to the police station by them where an FIR was lodged against him and he was arrested.

The charge sheet said that all this while, Kuldeep Singh Sengar was in touch with the district police superintendent and Bhadauria.

Later, he also spoke to the doctor who examined the rape victim's father.

The case was transferred to Delhi from a trial court in Uttar Pradesh on the directions of the Supreme Court on August 1 last year.

In July, 2019 a truck had rammed into the car the rape victim was travelling in with some family members and her lawyer. Two of her aunts died in the incident.

She was airlifted from a hospital in Lucknow and brought to AIIMS in Delhi. The victim has been provided accommodation in the national capital and is under CRPF protection.