Constable beaten to death by mob during investigation in Rajasthan

ASP Rajesh Gupta said that as per initial probe, constable received severe head injuries that ultimately led to his death. 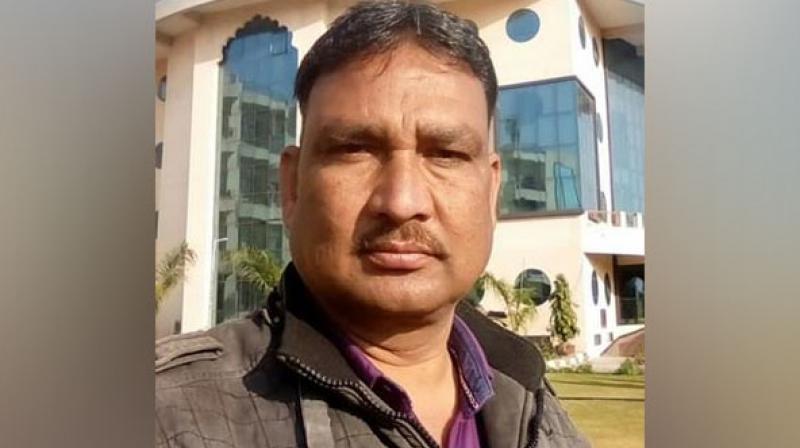 Head Constable Gani Mohammad was brutally beaten to death by some unknown miscreants when he was investigating a land dispute here in Bhim. (Photo: ANI)

Rajsamand: Rajasthan Police has said that so far, no arrest has taken place in the case where Head Constable Gani Mohammad was brutally beaten to death by some unknown miscreants when he was investigating a land dispute here in Bhim.

Additional Superintendent of Police (ASP) Rajesh Gupta told ANI that as per initial probe, Gani Mohammad received severe head injuries on his head that ultimately led to his death.

"The prima facie it appears that unknown miscreants beat him up while he was investigating a case, he received a severe injury on his head that led to his death. No arrest has taken place yet in the case and probe in the matter is underway," Gupta said.

Mohammad, a resident of Kuwariya area in Rajsamand town, went to investigate a land dispute case in Bhim on Saturday where he was attacked by a group of people. The constable sustained severe injuries in the incident and was rushed to a hospital for medical aid, but died during the treatment.

Police are trying to monitor CCTV footage of cameras installed in the area.