Not in a hurry to file bail application, says Rhea’s lawyer 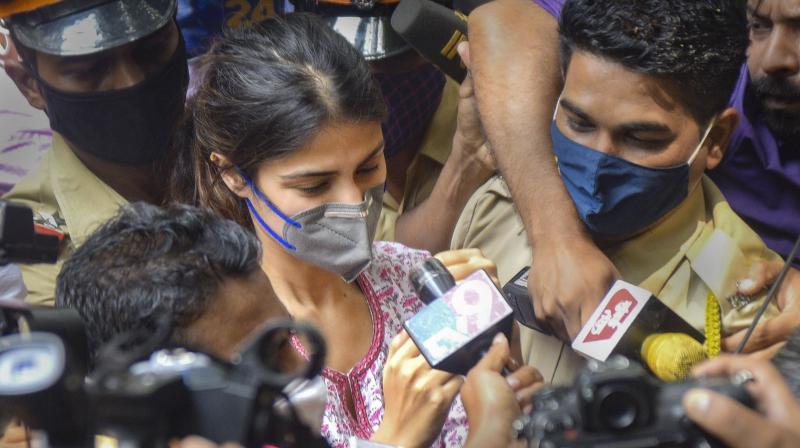 Rhea Chakraborty outside the NCB office in Mumbai. — PTI photo

“Even if we get a copy of the order today, we are not in a hurry and moving immediately. We will study the order, it’s implications and developments in the case at the NCB level and then decide. Once it is filed we will share a copy of the bail application,” said advocate Satish Maneshinde adding that there is no room for speculation.

Rhea and Showik had sought bail on the ground that the alleged quantity of drugs mentioned by the prosecution are small and do not invite any non-bailable offence. Hence they should be granted bail. On the other hand, special public prosecutor Atul Sarpande opposed their pleas saying that the investigation into the case was still on and the bail applications are premature. He had also said they have been arrested for financing and procuring drugs.

After hearing the arguments, the judge rejected the bail applications. As per order copy of Showik’s bail application, special judge G.B. Gurao noted that even though the accused has claimed that no drugs were seized from him, as per section 27A of the NDPS Act no particular quantity is required to prove the offence.

According to the judge, the investigation is at a preliminary stage. “Commercial quantity of contraband ie. LSD was recovered from accused Anuj Keshwani. Hence, at this stage, from available record, it cannot be said that there are no reasonable grounds to connect the accused with the alleged crime. Thus, there is a bar under section 37 of the NDPS Act to release the accused on bail,” observed the judge.