The deceased has been identified as Ramchandra Yadav, father of Tej Narayan Yadav who is BJP chief from Behala Panchayat. 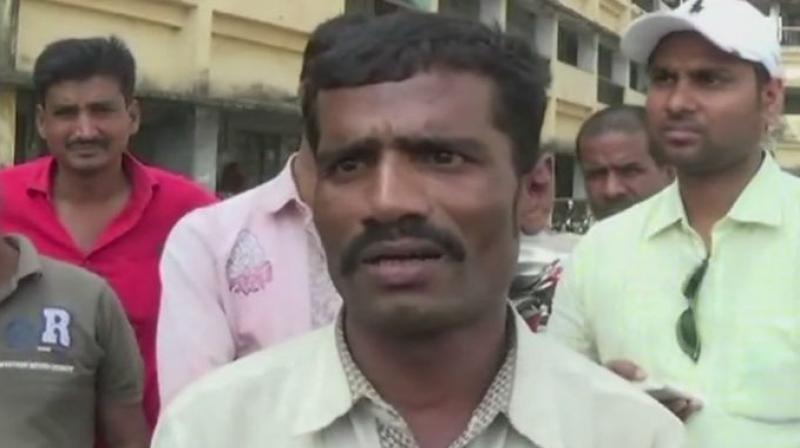 'My father went to them to explain the situation, but was beheaded, they also tried to kill my brother,' the victim’s son said.

Darbhanga: In a shocking incident, a 70-year-old man was attacked and beheaded by a group of 40 to 50 people in Bihar's Darbhanga district on Thursday over naming a town square "Narendra Modi chowk".

The man was attacked by about 40-50 men with hockey sticks and swords, who came on 25-30 motorcycles, his son said.

"A group equipped with hockey sticks and swords attacked my father when he tried to end the issue through discussions. They also tried to kill my brother," Ram Chandra Yadav’s son Kamal Dev Yadav told reporters.

The Darbhanga police on Friday arrested four men in connection with the murder.

Sources from Darbhanga said that the victim Ram Chandra Yadav a BJP sympathiser had named a square in Budhala village of the district after Prime Minister Narendra Modi in December 2016.

Eyewitnesses said the incident occurred on Thursday evening when an armed group asked Ram Chandra Yadav to change the name of the square.

His refusal infuriated the group and they allegedly beheaded him. His son who wanted to save him was badly injured in the incident and was rushed to a local hospital for treatment.

The incident has led to tension in the district. According to the police, a manhunt has been launched to nab those who were involved in the incident.

"Four people have been arrested in connection with the case and the local police have been asked to keep a close tab on the situation. Further probe is on to find out who else was involved in the incident", Deputy SP Dilnawaz Ahmed said.

Infuriated by the gruesome incident BJP workers in large numbers protested and demanded police action against all accused. The party workers claimed that the police was trying to hush up the incident by treating the case as a land dispute.

The incident occurred a day after RJD’s emphatic win on two seats in the recent by-elections in Bihar. Sources claim that the group, wanted the village square to be named as Lalu Yadav chowk.

Sources from Darbhanga said, "The police didn’t immediately take any statement from the deceased son who was also injured in the incident. We strongly believe that the police is trying to divert the case."

The RJD in Patna, however, denied the allegations and said "anything regarding the issue can be said only after the police investigation."