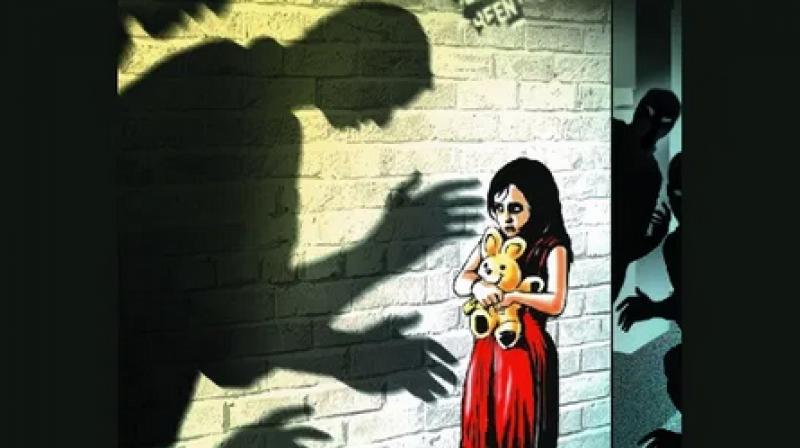 Two men have been arrested for the crime that took place on Friday.

Police dismissed reports that the girl had sustained grievous injuries on her tongue and eyes in the incident, and said the postmortem stated that the death was due to strangulation after rape.

The incident drew strong opposition condemnation, with Congress and SP leaders attacking the Adityanath government over the law and order situation in the state.

Police said the girl had gone to her fields on Friday afternoon. When she did not return home, her family started looking for her and found her body in a sugarcane field.

"On the complaint by the deceased's father, two youths identified as Sanjay and Santosh have been arrested," DSP Pratap told PTI.

An FIR has been registered under relevant sections of the Indian Penal Code besides the Protection of Children from Sexual Offences Act and the SC/ST Act, he said.

Earlier, there were reports about injuries to the girl's eyes and tongue. However, the post-mortem conducted by a panel of doctors showed no such thing, he said.

"The post-mortem report stated the cause of the girl's death was strangulation after rape," he said.

Lashing out at the state government over the law and order situation, Samajwadi Party president Akhilesh Yadav said the incident has shaken humanity.

"The rape and murder of a teenage girl in Lakhimpur Kheri in UP is an incident, which has shaken humanity. In the BJP rule, atrocities on children and women are at an all-time high," he charged in a tweet in Hindi.

"Why is the BJP government shielding those who are involved in rape, kidnapping, murder and other crime," the former state chief minister asked.

Senior Congress leader Jitin Prasada on Sunday said, "The inhuman act with a girl has put humanity to shame. This is an extremely saddening incident. In this episode, the police must initiate such a strong action that it becomes a deterrent for criminals."

In a tweet in Hindi, Prasad asked, "What was the police doing that such a big incident took place. Action must be taken against the guilty persons. The safety of the family (of the girl) should be looked into".

Terming the incident as very saddening and shameful, BSP supremo Mayawati had on Saturday demanded strict action against the guilty.

"What is the difference between the SP government and the present BJP government if such incidents keep happening.The BSP demands that the government should initiate strong action against the guilty in the Lakhimpur Kheri incident and also in the Azamgarh incident," she said in a tweet.

A village head was recently killed in Azamgarh.