Terror 'moles' in police behind attacks on cops' families in Kashmir

The terror groups have been increasingly targeting the policemen, their families and political workers in the recent past. 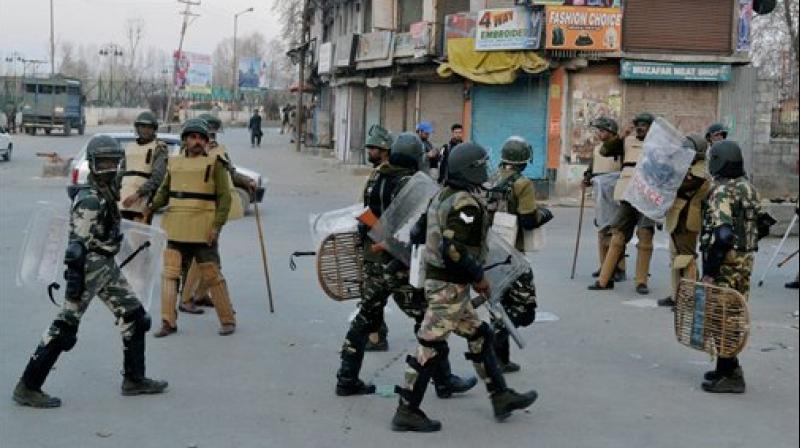 Srinagar: Jammu and Kashmir police has begun an operation to identify moles within, who are suspected to be leaking vital operational information to terror outfits as their families are being threatened by the militants.

While the Jammu and Kashmir Police top brass is silent on the issue, sources in the security establishment say some policemen have been earmarked for carrying out a thorough probe into the cases where militants, mainly belonging to the banned Hizbul Mujahideen, have threatened the families of policemen engaged in counter-insurgency operations.

A recent incident in which militants barged into the house of a policeman at Shopian, who is posted as the personal assistant to an officer in Pulwama, raised eyebrows within the security establishment in the Valley.

The militants, while firing warning shots and threatening the family members with dire consequences, told them that the policeman (identity not disclosed) was responsible for the death of their fellow terrorists as he had tipped off the establishment about their whereabouts.

The incident sounded an alarm bell as the matter about the alleged tip-off was highly classified, the sources said.

They said the terror groups have been increasingly targeting the policemen, their families and political workers in the recent past.

While the families of policemen have been receiving threats since March 2017, such incidents have reached an alarming level last weekend when as many as 14 families of cops engaged in counter-insurgency operations were targeted in Shopian and Kulgam areas of South Kashmir, they said.

The sudden spurt in such incidents has prompted the police headquarters to issue an advisory whereby the policemen were asked not to visit their homes for a few months.

"In view of these unfortunate incidents, police personnel, particularly from South Kashmir, are advised to exercise extreme caution while visiting their homes. They should preferably avoid visiting their homes for the next few months as their personal security is of paramount importance," the advisory issued on Sunday said.

On Friday and Saturday last week, as many as 14 families of police personnel were threatened in the Kulgam and Shopian belt, sending a shockwave among officers and men involved in counter-insurgency operations for over two decades, the sources in the security establishment said.

Two constables, including one posted with the Special Security Group guarding Chief Minister Mehbooba Mufti, were beaten up in Shopian.

One of the constables, currently posted in a battalion, was dragged publicly to a local mosque and forced to make an announcement of his resignation on a loudspeaker in Shopian, the sources said.

The family of a station house officer, now posted in Srinagar, was also attacked a couple of weeks ago after he had stopped an ambulance, following an intelligence tip-off that militants could use such vehicles to sneak into the city, they said.

The house of an Additional Superintendent of Police, who is currently posted in North Kashmir, was also ransacked at Khudwani in earlier this month, they said.

Some posters and messages in social media have appeared showing militants asking policemen to announce their resignations on the social media or through local newspapers.

This act is a reminiscent of 1990's when many of the Valley's political workers had announced their resignations through the local newspapers.