Surat man allegedly chopped his wife's body into 11 pieces to dispose them of in different parts of the city. 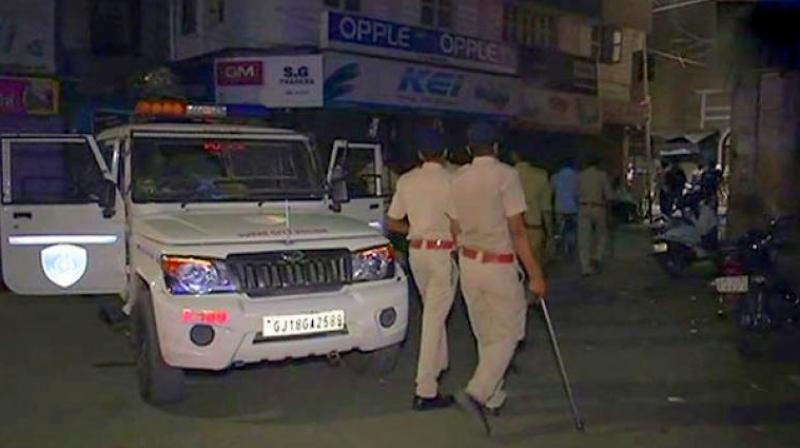 Zulekha and Shahnawaz often fought over his first wife, who used to live with them. (Photo: ANI | Twitter)

Surat: In yet another shocking incident from Surat, a woman was murdered and her body was subsequently chopped into pieces by her husband, the police said.

Police arrested the man, Shahnawaz Sheikh, after they caught him dumping the severed parts of his wife’s body.

Officials said Shahnawaz called Zulekha, his second wife, to an empty flat on Sunday night in Lal Gate area where he allegedly strangled her and chopped her body into 11 pieces following a huge fight.

He allegedly chopped Zulekha’s body into 11 pieces to dispose them off in different parts of the city, Surat police officer BS Thakkar said.

Police said Shahnawaz had already got rid of a few parts and was trying to throw a leg and a hand into the Bhate Khadi (gulf) when he was caught.

Zulekha and Shahnawaz often fought over his first wife, who used to live with them, police said.

"The accused was dumping the pieces of the victim when a policeman saw him and intervened. After being questioned by the police, he confessed," police officer BS Thakkar said.

According to reports, the police later recovered 32-year-old Zulekha’s head from Shahnawaz’s flat.

Surat, in the home state of Prime Minister Narendra Modi, is still coping with another gruesome death; earlier this month, where a minor girl was found murdered with 86 injuries on her body indicating that she had been raped and tortured.