The police said the incident happened after the boy found his cousin talking on phone and got annoyed. 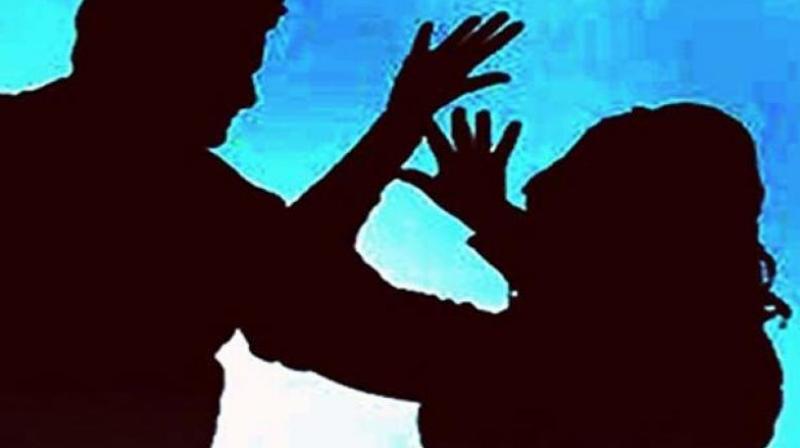 According to police, the family in their complaint has stated that the girl was stabbed while she was sleeping. (Photo: Representational image)

Ghaziabad: A 15-year-old girl was allegedly stabbed by her 16-year-old cousin inside their house in Ghaziabad early Monday and later surrendered before the police.

The police said the incident happened after the boy found his cousin talking on the phone late at night around 1:30 am and got annoyed.

After surrendering at the Kotwali police station, the boy told the police he had caused severe injuries on his cousin out of anger.

“The boy had woken up late at night and found that his cousin was speaking to a boy over the phone. He got infuriated and picked up a kitchen knife and stabbed her three or four times. He told us that he had asked her sister to stay away from the boy but she continued to remain in touch with that person,” Hindustan Times quoted Atish Kumar Singh, circle officer (City 2).

“The girl was rushed to a government hospital in Ghaziabad and later referred to GTB Hospital in Delhi where she is under treatment. The family of the girl was reluctant to give a police complaint but later gave us a one on Monday afternoon. The girl has suffered injuries to her stomach and hands,” Singh said.

The Kotwali police took him to Sihoni Gate police station under whose jurisdiction the locality falls.

“The boy did not know the exact police station and went to Kotwali station from where he was brought to Sihani Gate. The girl is still under treatment. We have also recorded her statement. An FIR was lodged under IPC section of attempt to murder,” Umesh Bahadur Singh, SHO, Sihani Gate police station, said.

According to police, the family in their complaint has stated that the girl was stabbed while she was sleeping.