The cow has suffered grievous wounds in her lower jaw and mouth. 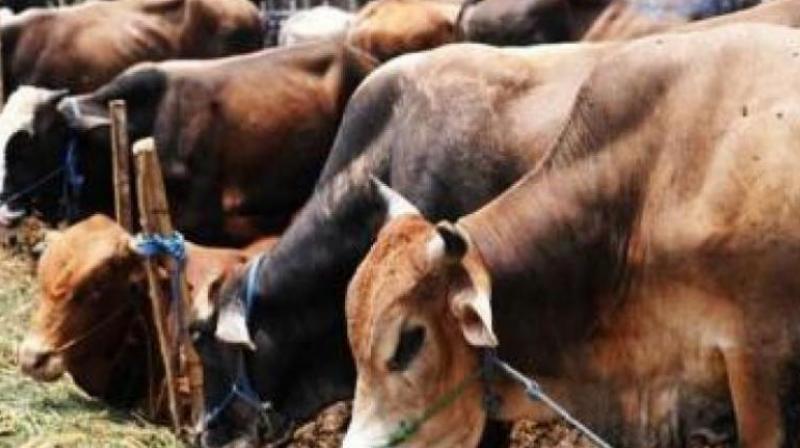 Bhopal: Even as the row over the gruesome killing of a pregnant elephant in Kerala has barely settled down, a similar incident has come to the fore in a Madhya Pradesh village, sparking public outrage.

A cattle owner in Ginjri village in Umaria district late on Tuesday lodged a complaint with the local police alleging that his cow was fed ‘explosive-mixed’ food by unidentified miscreant, leading to grievous wounds in her lower jaw and mouth.

In his complaint, Om Prakash Agrawal said he used to release his cow in an open ground in the vicinity of the village to graze. The domestic animal used to return to her shed in the evening. On June 14, the bovine did not return to home.

The incident sparked outrage among the people in the locality. “We have received the information that a cow was injured in the area. Police rushed to the spot for investigation. A veterinary doctor was also sent to provide treatment to the injured bovine”, Umaria district superintendent of police Sachin Sharma told reporters on Wednesday.

A case has been under relevant sections of Indian Penal Code (IPC) in connection with the incident, police said.