Mother to a 14-year-old daughter and 8-year-old son, Ishrat Jahan is one of 5 petitioners in case against instant triple talaq. 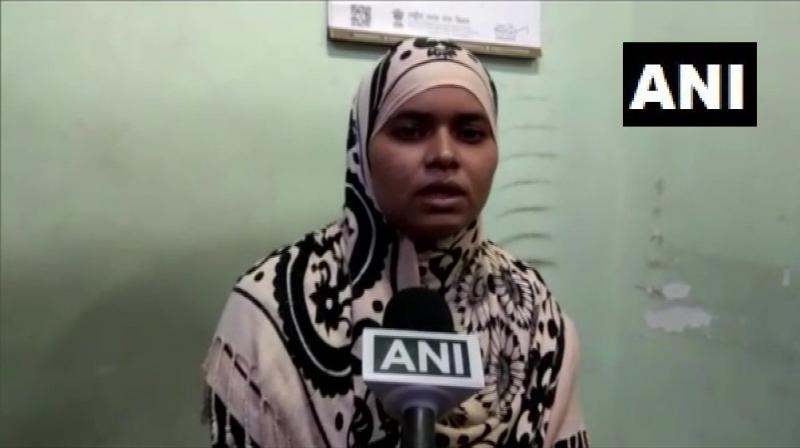 Jahan also claimed her brother in-law and landlord have threatened to throw her out of her residence. (Photo: ANI)

Kolkata: Kolkata Bharatiya Janata Party (BJP) member Ishrat Jahan, a petitioner in the triple talaq case in the Supreme Court, has filed a police complaint alleging she was threatened and verbally abused for attending a Hanuman Chalisa recital in a hijab.

Ishrat Jahan, in her complaint at Golabari police station in Howrah, accused her brother-in-law and landlord of threatening and abusing her for taking part in a Hindu religious function.

Jahan mentioned in her complaint that on Wednesday after she was on her way back home after picking up her son from school when around 100 people surrounded her and objected to her presence at the Hindu religious event in a hijab.

"A huge crowd of people gathered outside my house and asked me why I went to attend Hanuman Chalisa event wearing hijab," Ishrat Jahan was quoted as saying by ANI.

"Everyone said I should leave the house on my own else they will be push me out of the house forcefully. I am receiving death threats. I demand protection. I live alone with my son. Anything can happen to me anytime," Ishrat Jahan added.

"We have started an enquiry into the complaint and necessary action will be taken," an officer at the Golabari police station said.

Jahan has said her life was in danger and sought protection from the police, the officer said. "I wish to say that we are living in a secular country and it is our democratic right to take part in any holy festival," she wrote in her complaint to the police, reported by PTI.

"I did my duty as a good citizen of my country. I am a secular person. However, I am facing life threats from my family members due to the same," she wrote.

Jahan also claimed her brother in-law and landlord have threatened to throw her out of her residence.

"My brother in-law and landlord started threatening me to leave my home and said get her out of the house. They also abused me severely and threatened to kill me," the complaint said.

She moved the SC after her husband divorced her over phone from Dubai by uttering the word 'talaq' thrice consecutively in 2014.