India Unbound editor Nityanand Pandey's body, with injuries to the head, was found on Sunday in Khardi village in Kharbao in Thane. 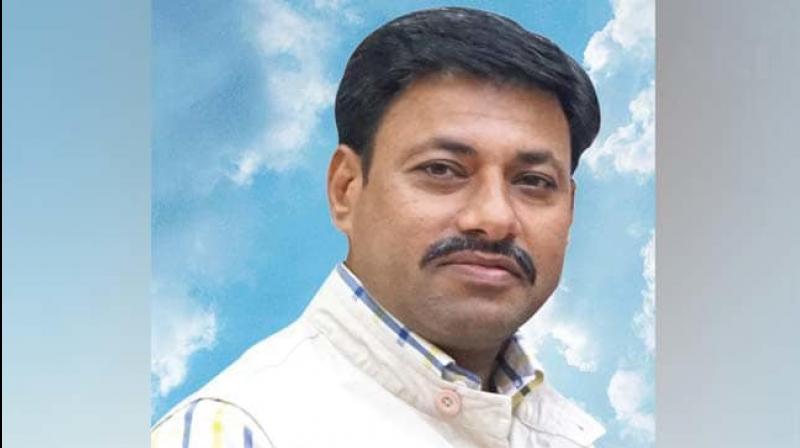 Nityanand Pandey, 45, had gone missing on March 15 and his kin had filed a missing person complaint at a police station. (Photo: indiaboundmag.com)

Thane: Two persons, including a 24-year-old woman, have been arrested for allegedly killing the editor of a news magazine in Maharashtra's Thane district and then disposing of his body, police said Monday.

India Unbound editor Nityanand Pandey's body, with injuries to the head, was found on Sunday near a creek in Khardi village in Kharbao in Thane's Bhiwandi area.

Nityanand Pandey, 45, had gone missing on March 15 and his kin had filed a missing person complaint at a police station.

Addressing a press conference Monday, Thane Superintendent of Police Shivaji Rathod said the killing was the result of alleged sexual harassment faced by the arrested woman at the hands of Nityanand Pandey over the last two years.

"Based on our probe, we have arrested Ankita Mishra, who worked as an assistant to Pandey, and Satish Umashankar Mishra, 34, who ran a printing press where the deceased's news magazine was printed," Mr Rathod told reporters.

"Ankita was working with Pandey for three years and she has said she was facing sexual harassment at his hands for two years. She then conspired with Satish to eliminate him," he said.

"On March 15, the two accused took Pandey on the pretext of showing him a row house in Uttan. They spiked his protein drink which rendered Pandey unconscious. They then strangled him and threw his body in a creek near Khardi village," he said.

A case under the relevant sections of the Indian Penal Code has been registered against the two accused, the SP said.

India Unbound, as per its website, is a monthly news and views magazine mailed directly to over one lakh households across the country.