Sukhdev Dhindsa resigns as leader of SAD in Rajya Sabha 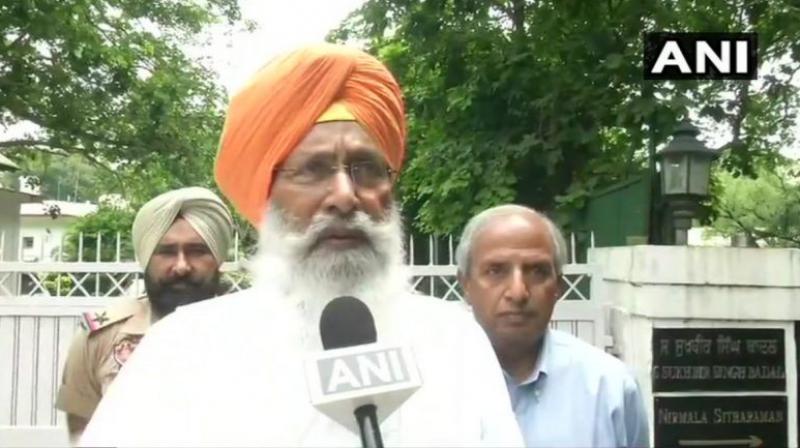 Sukhdev Singh Dhindsa has not given any for tendering resignation. (Photo: ANI)

Chandigarh: Rajya Sabha member Sukhdev Singh Dhindsa on Saturday said he has resigned as the leader of the Shiromani Akali Dal (SAD) in the Upper House.

Dhindsa (82) said he tendered his resignation to Rajya Sabha Chairman M Venkaiah Naidu on Thursday and also informed the same to the party on Friday. However, he said that he did not give any reason for tendering his resignation.

Meanwhile, the SAD, while reacting to Dhindsa's resignation, clarified that the party had already informed the Parliamentary Affairs Minister about the change in its leadership in the Rajya Sabha in June this year.

In September last year, Dhindsa had resigned as the party's secretary general and from its core committee, citing health reasons.