Sanjay Sobor and Jagdish Lohar accused of raping a 5-yr-old girl, were dragged out of police custody and beaten to death on the streets. 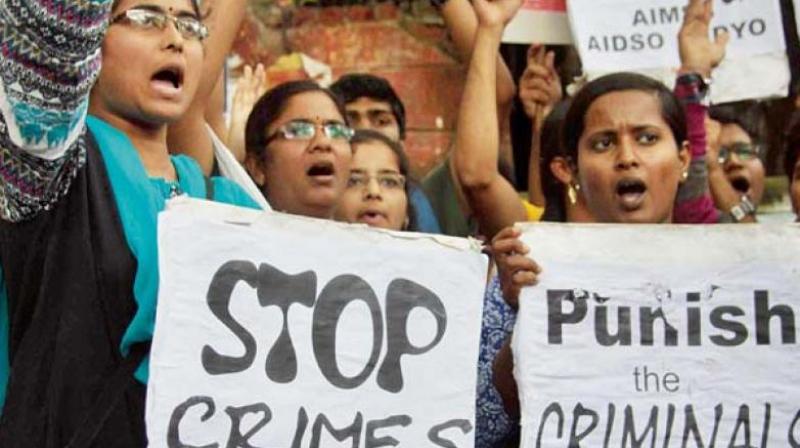 An irate mob, on Monday, dragged two rape-and-murder accused out from a police station in Tezu town in Lohit district of Arunachal Pradesh and lynched them. (Representational Image)

Itanagar: An irate mob, on Monday, dragged two rape-and-murder accused out from a police station in Tezu town in Lohit district of Arunachal Pradesh and lynched them.

According to the police, the duo Sanjay Sobor, 30, and Jagdish Lohar, 25, accused of raping a 5-year-old girl, were dragged out of police custody and beaten to death on the streets and their bodies were dumped in the market area.

Both the accused were tea plantation workers from Assam.

Officials said the mob overpowered the personnel manning the police station, dragged the two accused out of the lock-up to the market square and stoned them to death. It also tried to set their bodies on fire before security forces intervened.

“The incident took place at 12:05 pm. A mob of nearly 1,000 people attacked the police lockup and took away the two accused. Some policemen have also sustained injuries in the attack,” said Apur Bitin, DIG (Eastern Range), Arunachal Pradesh police.

The police have registered a case of murder against unknown persons and are conducting investigations. No arrests have been made so far.

Officials said the minor girl from Namgo village under Wakro police station was missing since February 12. Her body and severed head were found at a tea garden in Namgo village, following which the two were arrested on February 18.

Sandip Goel, Arunachal Pradesh’s Director General of Police said Sobar and Lohar were arrested in connection with the disappearance, suspected rape and murder of the girl. The duo had reportedly confessed to have committed the crime.

The incident brings back the horror of 2015 when mob lynched an alleged rapist after pulling him out of a jail at Dimapur in Nagaland. The accused was being taken out of the city prison Central Jail when he was attacked.

Arunachal Pradesh Chief Minister Pema Khandu termed the rape and murder of the minor girl as “barbaric and inhuman” and termed Monday’s incident of the mob lynching the two accused as “unfortunate”.