Riaz, 45, died on the spot while his friend Shakeel, 33, was seriously injured in the assault. 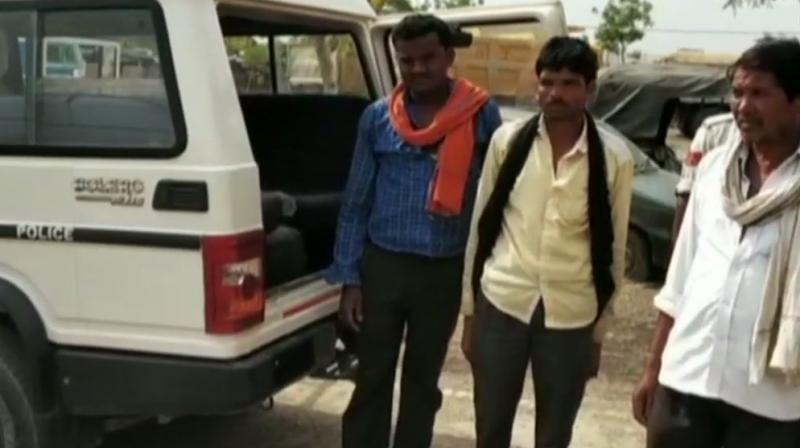 The police have arrested four people and filed cases of attempt to murder against them. (Photo: Twitter/ANI)

Bhopal: Tension has gripped Madhya Pradesh’s Satna district after a man was allegedly beaten to death by villagers on suspicion of cattle slaughter.

The incident took place late on Wednesday night when villagers, armed with sticks and stones, allegedly attacked a group of men while accusing them of slaughtering a cow.

Riaz, 45, died on the spot while his friend Shakeel, 33, was seriously injured in the assault. The others in the group reportedly fled the spot.

Following the incident, security has been stepped up in the area. Union Home Minister Rajnath Singh is scheduled to visit Satna on Sunday as part of his two-day visit to the state.

The police have arrested four people and filed cases of attempt to murder against them.

During the investigation, police found a slaughtered bull and meat of two other bulls packed in sacks from the spot.

A case has also been filed against Shakeel - who is in a coma in a hospital in Jabalpur - for cow slaughter. However, the families of Shakeel and Riaz have denied cow slaughter charges, say reports.